Police in Bloemfontein have arrested two suspects for allegedly setting a plastics factory on fire.

One of the suspects was the factory manager who lied to police about an armed robbery and is alleged to have started the blaze in an attempt to destroy evidence of missing stock.

Police spokesperson Sergeant Ikobeng Hlubi said that June 15, there was a business robbery and arson attack at a plastics factory at Mackenzie Street in Heidedal, Bloemfontein.

The manager Ugusham Moodley, 30, said that he was in his office doing administration work when two males wearing hoodies stormed in.

“One suspect allegedly pointed him with a firearm and took his cellphone, wallet and R2,000 cash, meanwhile the other went straight to the warehouse, and thereafter the suspects fled the scene,” said Hlubi.

“The complainant said after they had left he realised the warehouse was on fire and he called for help,” said Hlubi.

“However, investigation revealed that the supposed to be complainant Moodley’s statement was all a lie, as he was the one who (allegedly) set the place on fire, along with his accomplice Sigangi Bondoz, 35, who burnt the factory with the aim to destroy all the evidence of the missing stock.”

The duo appeared before the court on Thursday facing arson charges, and were released on bail of R2,000 each. The pair will be back in court in August 30. 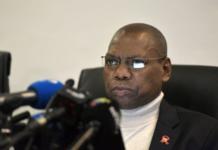 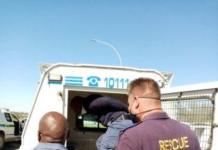 Four arrested in Heilbron for possession of drugs