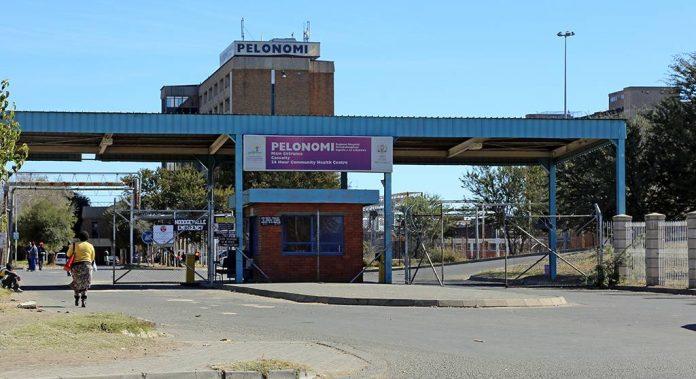 The management of one of the Free State’s largest hospitals has succeeded in appointing under one hundred nursing staff over the 2018/19 financial year, following immense pressure from disgruntled hospital personnel.

Pelonomi Hospital in Bloemfontein confirms it has filled roughly 95 nursing vacancies, a quarter of which, have been made in the hospital’s embattled maternity ward. The facility, however, remains burdened by chronic staff shortages. Pelonomi Chief Executive Officer (CEO) Baesi Ramodula, acknowledges in an interview with the OFM News team this week, the appointments don’t fully address the general shortage of nurses, which she notes is a worldwide occurrence, as nurses leave the profession in pursuit of other careers.

She says for now, what they can do, is offer support for the staff currently working at the hospital. “What is important is to go down to the people, hear their issues. Have continuous communication with them” she says. Ramodula believes engaging with staff regularly on their concerns has helped to quell the tension that once brought the maternity ward to a standstill. In 2018, staff in the maternity ward downed tools on more than one occasion demanding the intervention of the department in improving the conditions at the facility. The nurses alleged the shortages had resulted in some maternal deaths.

In October 2019, the hospital’s spinal ward was gifted with a newly developed bed management system named Qcare, by the Product Development Technology Station (PDTS) based at the Central University of Technology (CUT). Ramodula says the system will amongst other features assist the hospital in keeping track of nurses’ response time to immobile patients. It was at a launch celebrating the introduction of the system on 10 October, that Ramodula provided the latest on issues related to staff.

Pelonomi isn’t the only major facility in the province facing these issues. Recently the OFM News team reported staff at Mofumahadi Manapo Mopeli Regional Hospital in Phuthaditjhaba, are greatly unhappy with the conditions at the hospital and maintain these conditions have not improved since they handed over a memorandum of demands, to hospital management in June 2019. A staff member has anonymously turned to political parties for assistance, further criticising the health department for their inaction in dealing with the problems affecting the facility. The anonymous staff member alleges people are dying as a result of the dire conditions, which the provincial health department is yet to do something about.