SABRINA DEAN – Gauteng traffic police say that nobody is above the law and those caught disobeying the rules of the road will be arrested.
This comes after the arrest of celebrity politician Julius Malema and singer Steve Hofmeyr for speeding. Gauteng Traffic Police spokesperson Busaphi Nxumalo says it is unacceptable to travel at excessive speeds. "In Gauteng we will make sure we arrest everyone who is going to disobey the rules of the road – regardless of whether you are a poitician or a celebrity, we are going to arrest you because nobody is above the law in Gauteng," she says.
Malema was arrested near Vanderbijlpark yesterday evening for travelling 215km/h in a 120km/h zone along the N1 between Bloemfontein and Johannesburg. There were three passengers with him in the 5 series BMW.
He was released on bail of R5000 in the early hours of this morning and is expected to appear in the Vanderbijlpark Magistrate’s Court today on charges of reckless and negligent driving and excessive speeding.
Hofmeyr is meanwhile out on R500 bail after being arrested for travelling 169km/h on the N4. He is due back in the Bronkhorstspruit Magistrate’s Court on Monday. 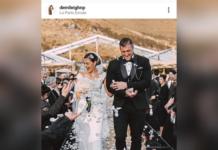