GALOOME SHOPANE Motlalentoa Makoae, the farmer who is charged with attempted murder of a 15-year-old boy is out on R1 500 bail.

Makoae appeared in front of the Ladybrand Magistrate’s Court today after he had been arrested on Wednesday.

Police spokesperson Martin Xuma says, his next court appearance will be on the 8th of November.

The 53-year-old farmer claims that the boy and four others were hunting on his Lesotho bordering farm.

The wounded boy is still in a stable condition in hospital while the other four ran back to Lesotho. 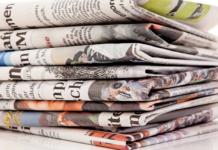