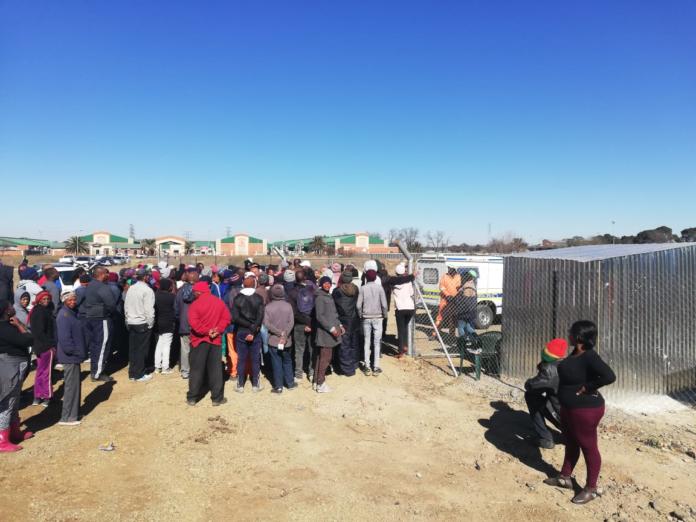 An angry crowd that started to march from Heidedal this morning, has just occupied a piece of vacant land next to the SPCA in East End, Bloemfontein. According to Bloemfontein Courant’s reporters on the scene, Pierce van Heerden and Nomaqhawe Mtebele, the protesters are unhappy about the new bus depot project recently rolled out by the Mangaung Metro Municipality. Courant has reported numerous times about the project. Protesters told Bloemfontein Courant that they will shut down the project if their concerns are not heard.