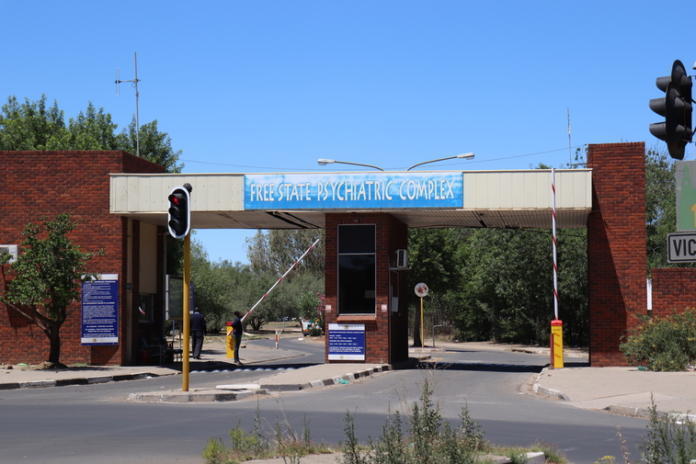 The Free State Psychiatric Complex, which is the biggest state mental health hospital in the province, is currently without a hospital caterer.

Advocate and Commissioner at the South African Human Rights Commission (SAHRC), Bokankatla Malatji, tells OFM News the hospital, which according to 2018 figures has patients who occupy 760 of the 877 beds available at the facility, does not have a company contracted for the provision of food.

This means the already short-staffed institution has to buy food and prepare it for patients using the little support staff available, something which Malatji describes as less than desirable, considering the size of the facility.

The hospital did have a caterer previously, but this contract between the parties lapsed and the facility’s management simply did not renew it, resulting in the facility’s present predicament. “Our advice to them is that they should as soon as possible arrange with the Free State Health Department to have a contractor appointed to render this service,” concludes Malatji.

Other issues raised with the SAHRC Commissioner, include the chronic shortage of staff due to the non-filling of vacant posts by the Health Department as well as lack of adequate machinery and equipment. The SAHRC Commissioner elaborates on the latter complaint, explaining that during his visit, he stumbled across a pile of dirty laundry which was not washed due to broken washing machines. He says the staff told him they have been complaining for months on end about the broken machines, to no avail.

It is not yet determined if the precautionary suspension of the Chief Executive Officer (CEO) and the heads Nursing and Supply Chain in early 2019, pending an investigation into numerous allegations levelled against them, had an impact on the appointment of a caterer at the facility. The spokesperson for the Department of Health in the Free State, Mondli Mvambi, told OFM News a short while ago the three officials are back at work but did not reveal the outcome of said investigation.