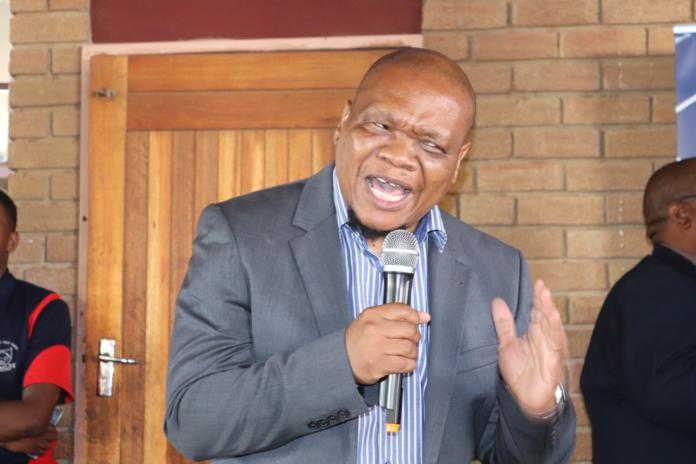 The MEC for Education in the Free State, Tate Makgoe, has conveyed his condolences to the family of the 20-year-old learner, Marvin Mofubetsoane, who was brutally murdered in Kutlwanong in Odendaalsrus over the weekend.

OFM News reports that Makgoe says no words can describe how sorry the department is for this loss. He says Mafubetsoane was a disciplined and quiet learner.

Makgoe says it is sad that this tragic incident occurred while the country is under a lockdown to curb the spread of the coronavirus.

He also urges learners to obey national lockdown regulations. He says that this period is not a holiday, but a time to stay at home and study under the supervision of parents.

The police spokesperson, Motantsi Makhele, told OFM News that, Mofubetsoane, was a grade 11 learner from Reibeeckstad High School in Welkom. He says the 17-year-old girl who is the suspect in this case, apparently went to the house where Mofubetsoane was.

Makhele says she apparently accused him of having an affair. He says the quarrel ended in the suspect stabbing the victim with a knife on the left-hand side of the chest.

He was declared dead on the scene by paramedics.

Makhele says the knife was also found on the scene by police and the suspect was arrested. She is expected to appear in the Odendaalsrus Magistrate Court today, 20 April 2020.

Meanwhile a #justiceformarvin has been launched on social media.

#Mangaung in the spotlight