SABRINA DEAN – Farm murders are a unique type of crime and therefore require a unique approach.

This is according to Afriforum deputy executive head Ernst Roets, speaking ahead of an SA Human Rights Commission hearing into farm murders that gets underway in Johannesburg from today. Roets says among the four unique characteristics of farm murders is the frequency, with South African farmers four times more likely to be murdered than average citizens.

“An average farmer in South Africa, according to research by the Institute for Security Studies, is four times more likely to be murdered than the average South African,” he says.

He adds that the brutality of farm attacks is also unique. “We see levels of violence in farm attacks that you don’t see in virtually any other type of crime in the country,” he says.

He says other unique characteristics of these attacks include the role of farmers in the country in terms of food security and job creation, as well as the fact that farms are remote and reaction times of police and neighbours are therefore much slower.

He says it is critical that Government realizes farm murders are a crisis for the country, that statistics are released and that specialist farm protection units are established within the SAPS. 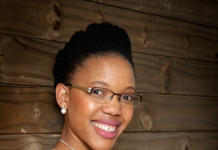