Home Sport Shimlas beat Madibaz despite interruption
Facebook
Twitter
Google+
Pinterest
WhatsApp
The defending Varsity Cup champions, the University of the Free State Shimlas, extended their unbeaten run in the competition to 13 matches, with a 46-19 win over the Nelson Mandela Metropolitan Madibaz on Monday evening.

Shimlas ran in six tries during the interrupted match for their most convincing win thus far in this year’s competition.

Shimlas led the match 12-7 at the half-time break, however, came out all guns blazing with the player that rocked, Mosolwa Mafuma, as well as Renier Botha, Arthur Williams and Chase Morrison all dotting down.

Sadly the match was interrupted for 50 minutes in the 17th minute when a group of protesters with issues aimed at the university took to the field. With a lack of adequate security at the game, spectators took matters into their own hands and violence broke out. The incident could be describe as a very dark day for South African rugby.

At the time Shimlas were leading the match 12-7, which remained unchanged until the break. Following the match, Shimlas coach, Hendro Scholtz, told Courant that the 50-minute interruption in the game due to protests was disruptive for both teams.

“Well, the same goes for both teams, yeah, it is disruptive,” Scholtz said. “The main thing should stay the main thing and that is playing rugby and enjoying.”

The former Springbok flank added that they haven’t been able to sort out their scrum and breakdown yet and it is a cause for concern.

“No, we’re still concerned, but I think they really targeted that area. They couple of quick balls we did get we used well, but still too many slow and disruptive balls.”

While former Springbok U20 prop, Ox Nche, didn’t play for the Shimlas on Monday night, there is a good reason for it.

The 20-year-old front-rower would have helped the team in the scrum, however, the player is set to make his Super Rugby debut this weekend. Numerous sources confirmed to Courantthat Nche will be playing of the bench for the Toyota Cheetahs this weekend when they tackle the Jaguares at the Toyota Stadium.

Scholtz told Courant that Nche’s drafting into to the Cheetahs squad is what it’s all about for young players. “Definitely, that’s why we play rugby or coach these kids, we want them to play and take a step-up in their careers.”

At the team’s annual awards function last week Friday, Nche was named as the Free State Cheetahs player of the Year.

Monday night’s other results saw the University of Johannesburg beating the CUT Ixias 14-0, NWU Pukke beat the UCT Ikeys 22-6 the Maties beat the Tuks 29-16 in Stellenbosch. 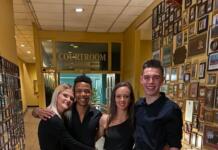 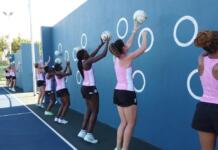 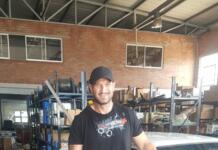 The most capable Ford Ranger has been announced