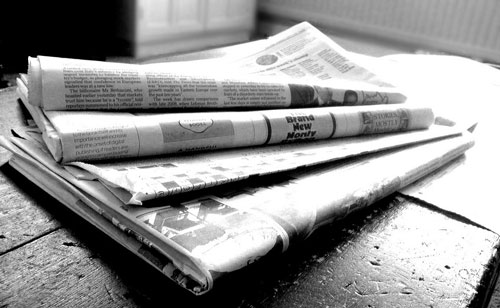 The South African National Editors’ Forum (Sanef) said today that it will institute an independent investigation into issues of editorial integrity and roll out a major training campaign on media ethics for journalists following an apology by the Sunday Times over breaches of editorial standards.

Over the weekend, Sunday Times editor Bongani Siqoko admitted in a column that “something went wrong” in the process of gathering the information and reporting of several top stories the newspaper reported between 2011 and 2014.

Investigative journalists Mzilikazi wa Afrika and Stephan Hofstatter were reportedly fired as a result of a series of stories they wrote about the alleged Cato Manor death squad, Zimbabwe renditions, and the South African Revenue Services “rogue unit”, all which were later proven to be false.

“What is clear is that we committed mistakes and allowed ourselves to be manipulated by those with ulterior motives… We apologise,” Sigqoko wrote in his column.

Sanef representatives today met with the management of Tiso Blackstar, the owners and publishers of the newspaper, and welcomed the apology by the Sunday Times.

“While Sanef welcomes the Sunday Times apologies, we acknowledge that the breaches of editorial standards have undermined public trust spreading beyond the publication itself, undermining the credibility of journalism for the public good,” Sanef said in a statement.

“While we applaud the editor Bongani Siqoko for owning up to the serious editorial lapses at the Sunday Times that have had a devastating impact on many people’s lives, we believe this can only be the first step in rebuilding and regaining the public trust.”

The editors’ forum said this was a moment for individual media houses to seriously introspect and review editorial systems to ensure that this debacle is not repeated.

“Sanef will institute an independent investigation into issues of editorial integrity – details of the investigation will be revealed once a contractor is in place. We will also be rolling out a major training campaign on media ethics for journalists,” it said.

“We also note that the Sunday Times apologies have again led to calls for a media appeals tribunal. Sanef reiterates its opposition to a state-controlled system to regulate the media because of its inherent danger to media freedom.”

Sanef said it believed that the Press Council — an independent, co-regulation system, headed by retired judges — had proved effective with a quicker process of adjudication and a cheaper process than that of the courts.