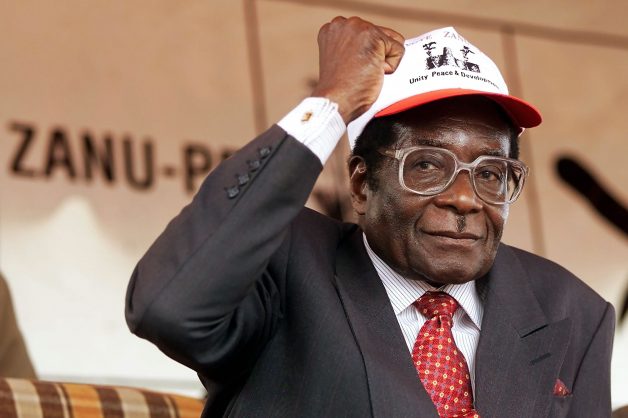 President Cyril Ramaphosa on Friday mourned the death of Zimbabwe’s former president and remembered him as a “champion of Africa’s cause against colonialism”.

“Under President Mugabe’s leadership, Zimbabwe’s sustained and valiant struggle against colonialism inspired our own struggle against apartheid and built in us the hope that one day South Africa too would be free,” Ramaphosa said in a statement.

This follows ANC secretary-general Ace Magashule extending the party’s condolences to the family of Mugabe following reports of his death at the age of 95.

Mugabe, who ruled Zimbabwe for 37 years, had a long-term illness for which he was treated at a hospital in Singapore.

Magashule said Mugabe’s life epitomised the “new African” who, having shrugged off the colonial yoke, strived to ensure his country took its place among the community of nations, firmly in charge of its own destiny.

Magashule added that Mugabe was as an ardent and vocal advocate of African unity and self-reliance and said he would always be remembered for his rallying cry: “Africa is for Africans, Zimbabwe is for Zimbabweans.”

Magashule said: “Though the ANC and its leadership may have differed, often vociferously, with Mugabe on matters of national interest as fraternal organisations we held as sacrosanct the principle of sovereignty, history alone will be the decider over whether the courses of action taken by leaders in the interests of their countrymen were the correct ones.

“We remember the immortal words of William Shakespeare, that the deeds men do live after them, and yet ‘the good is oft interred with their bones’. To the Mugabe family, we extend our heartfelt condolences.”

The secretary-general also conveyed condolences to Zanu-PF, the liberation party which Mugabe led for more than three decades.

“To our friends in Zanu-PF, be comforted that you have lost a leader whose service to his country will forever be inscribed. We mourn with you the passing of our friend, statesman, leader, revolutionary.”