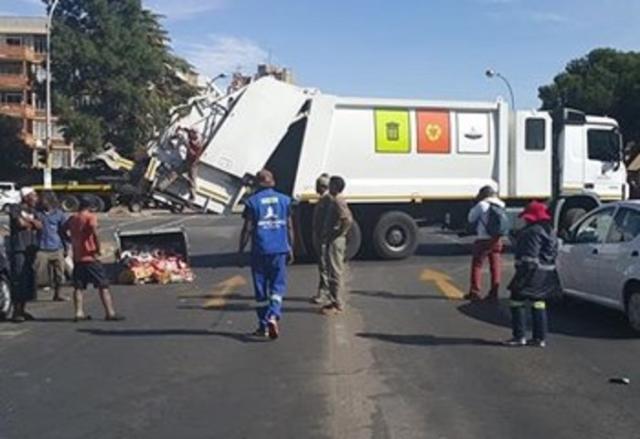 The issue of waste refuse lying uncollected around the streets of the troubled Mangaung Metro Municipality – which includes Bloemfontein in the Free State – will receive special attention from the MEC for Cogta this coming week.

This forms part of the Cleaning Campaign, introduced by Cooperative Governance and Traditional Affairs’ Thembeni Ngcangisa, in July 2019 during his address at the provincial Legislature.

The departmental spokesperson, Zolile Lobe, tells OFM News that the uncollected trash, and the health hazards it could contribute to, has come to Ngcangisa’s attention.

Lobe says the purpose of the Campaign is to encourage citizens to take the initiative to clean their towns themselves. Lobe says on Thursday 21 November, Ngcangisa intends to challenge the Leadership of Mangaung to join him, to clean areas of Bloemfontein.

The Democratic Alliance (DA) had earlier said that the timeous and scheduled removal of household waste remains a serious problem, with potentially devastating health consequences for Mangaung residents.

DA councillor, Tjaart van der Walt, said many areas in Mangaung have battled with waste removal services for at least 21 days. He said this was in direct contravention of the Constitution and the Waste Act: National Standards for Domestic Waste Collection.

Van der Walt further raised concern that the delay in waste removal creates a breeding and feeding ground for rodents and other pests.

He added that the waste will eventually block the stormwater drain system, and this will have dire consequences for what he calls the already poorly maintained water and sewerage infrastructure.