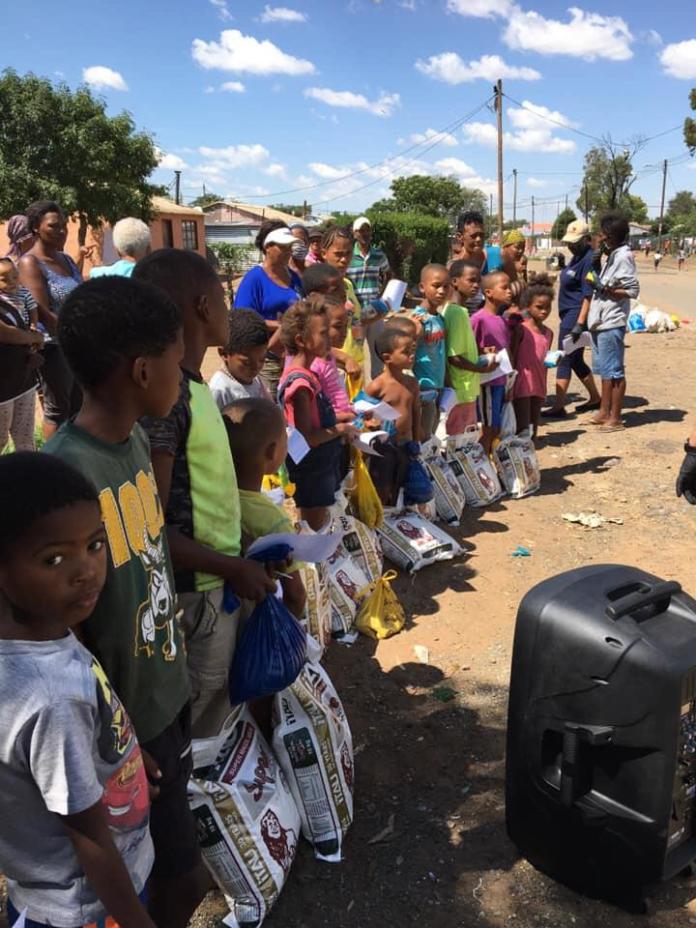 Kairos Missions last week provided food parcels to children in Heidedal before the lockdown started. They handed out food, spoke words of encouragement and prayed for the children’s wellbeing amidst the dire times the world is currently facing.

The children in Heidedal were specifically chosen because, according to Jakobus Booysen, manager of Die Lighuis, as he was driving through the streets of Heidedal a year ago, he saw many children just hanging around in the streets after school.

According to Booysen many of them looked uncared for, hungry and ‘lost’. “I am a Christian and the Lord really spoke to my heart regarding these kids. This urgency had since increased and in February 2019 we bought a house in Konstantyn Street, Heidedal. We opened a soup kitchen for these street kids.

“We named this place Die Lighuis, for we believe that this place will bring the Light of God into a very depressed, unemployed community suffering from alcohol and drug abuse.” He added that soon after they were urged to start an after-school centre where they started helping children with their homework.

When Die Lighuis opened its doors in January 2020, they had double the number of children since the time they had first opened their doors.

“When Covid-19 hit Mangaung, Die Lighuis had to close its doors to prevent contact contamination. We just could not see these kids starve during lockdown, so we decided to buy 150 bags of mealie meal, beans and bars of soap and took to the streets to deliver these parcels at the homes of these much loved kids,” he said.

According to Booysen, “We can all learn from Martin Luther’s plea during the Black Death of 1347. ‘In the case of children who are orphaned, guardians or close friends are under obligation either to stay with them or to arrange diligently for other nursing care for their sick friends. Yes, no one should dare leave his neighbour unless there are others who will take care of the sick in their stead and nurse them. In such cases we must respect the word of Christ’.”

Booysen added that because Die Lighuis had to close due to the Covid-19 outbreak, they are unable to physically be there but they are daily in contact with the community and if the need arises to take more supplies in, they would like to, even if this has to happen under the guidance of the police or army.