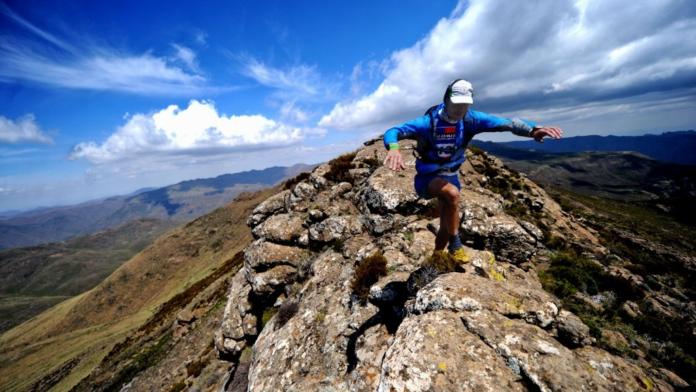 The 2018 K-Way SkyRun has seen a new twist as the event will start at the Wartrail Country Club, instead of in front of the Lady Grey Hotel.

This comes due to the unrest which has rocked the Eastern Cape town over the past few days.

The entire town is on shut down due to the current situation. This has forced the organisers, Pure Adventures, to take the safety of the competitions into account.

The event will still feature a 100km and 65km route, as well as, the 38km race which was originally planned to start and finish at Wartrail. However, new routes have been charted for the races.

Pure Adventures announced the news in a press release.

“Due to political unrest in Lady Grey, which could severely impact the K-Way SkyRun and the safety of our athletes, we have made the very painful decision to move the entire event to Wartrail Country Club.

“This means that all athletes need to go directly to Wartrail Country Club and NOT go near the Town of Lady Grey, as it is very unsafe at this very moment. The situation might clear up in the next day, however, we need to make a call today in order to host the event and this decision has been made in the interest of the whole event.

The New Logistics are as Follows:

Please be aware that this will make the travel time an extra 2 hours to get to registration. We will hold reg open till 7 pm for those that need a bit of extra time.

The 100km and 65km routes will start at 4 am from Wartrail Country Club and follow a new route from Wartrail backwards to Avoca Peaks, which will be the turn point of the race. Once athletes turn back towards Avoca they will return along the same route as the original SkyRun route via Skiddaw and Balloch (which remains the seconding point for both races) then over the Wall. The 65km route athletes will then come along the road to Wartrail Country Club and 100km athletes along the Edgehill road picking up the normal route again. The 38km remains unaffected.

Accommodation: Obviously, you have booked and paid for accommodation in Lady Grey, however, this is not an option as the whole town is shut down at present and unsafe. These are the scenarios:

• If you have booked at a guesthouse in Wartrail for Saturday night, please contact them and ask for Friday night as well. The community are assisting us in this, as everyone understands the implication of this situation.

• If you have booked a tent at the finish line you will automatically get that tent for 2 nights. (Friday and Saturday night)

• If you planned to camp at Wartrail on Sat night, then you will camp for 2 nights in your own tent.

As you can imagine this is a logistical challenge created by radical forces completely outside of our control. Yes, it’s a pain in the butt, however, we will not let a minority group take control of our event. We call on our Community of Mountain Runners to come together and make the K-Way SkyRun happen in true mountain running spirit!

Let’s look at the bright side – this is a rare opportunity to run the SkyRun on a once off route, the distances will be slightly shorter than original with more elevation!” – MORGAN PIEK