The ANC in the Free State Province will next month finalise their target for the 2016 municipal elections.

According to provincial secretary, William Bulwane, they are currently setting up internal processes. He says they will be ready to announce their target once all ward structures are stabilised.

Meanwhile, North West ANC spokesperson, Oupa Matla, told Bloemfontein Courant that they are also in the process of finalising their target. ANC chairperson in the Northern Cape, John Block, announced their 70% target last month, with the aim of governing all municipalities. It has been reported that the ANC could lose major support in metropolitan areas.

Meanwhile, the South African municipal landscape is going to change after next year’s elections, following the final decision of the Municipal Demarcation Board on the re-determination of municipal boundaries. 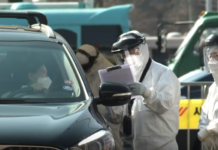