Excitement is running high at Central Media Group this morning. This as Mahareng officially kicks off the 10th birthday celebration of its flagship product, Bloemfontein Courant.

General Manager of Mahareng, Christel Basson, says she is bursting with pride this morning. “When I hear Bloemfontein Courant, I feel like I am part of an amazing product,” says Basson.

She says Bloemfontein Courant is a publication that has been put together to serve the community of Bloemfontein as well as its advertisers. She emphasises the importance of these two components.

Basson says that without the constant hard work that the Bloemfontein Courant team puts in on a daily basis, celebrating a 10th birthday would not be possible.

“To the readers and advertisers I would like to say: Thank you for your loyal support throughout the 10 years. Thank you for believing and trusting in us. We will strive to build on what we already have in the last 10 years.”

She says that, in the next 10 years, she sees Bloemfontein Courant growing stronger than ever before and competing on national platforms with the quality of news that it will be producing.

Senior Account Executive, Marelize Dunlop, who started with Bloemfontein Courant in 2009 when it was still called “Krant”, says she still remembers the small “flat” that was used as the first offices in Westdene.

“That’s where this story started, with barely a handful of staff members and only one vision. The vision was to have a weekly publication that carries relevant news, reflects the community as a whole and carries the aspirations of the people. Whether it is Krant from those years or Bloemfontein Courant 10 years later, the vision and the aim remain the same,” says Dunlop.

She says that Bloemfontein Courant has surely surpassed all expectations, and today, 10 years later, she looks back and feel privileged to be part of this newspaper from the very first day. “I would like to thank every client, reader and contributor sincerely for their trust and support the past 10 years. 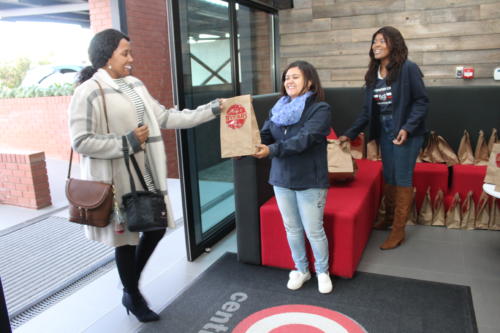 Bloemfontein residents can look forward to 3 months of exciting, Bloemfontein Courant birthday surprises, which will be communicated to readers in due course.