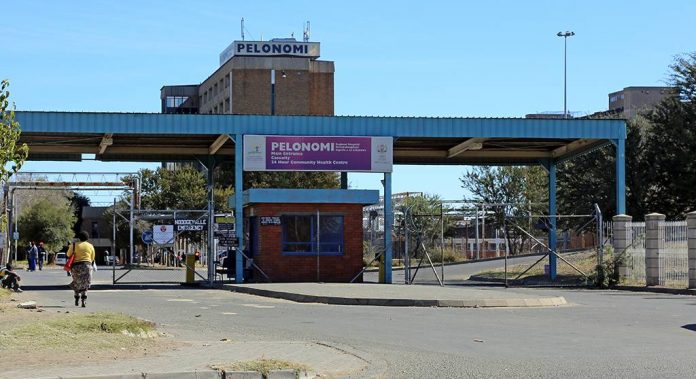 Services are back to normal after a strike disrupted services at Pelonomi Hospital on Monday.
This comes after the healthcare workers, and members of Denosa, Hospersa, Nehawu and PSA Health led a strike at the public hospital that lasted half a day.
According to Mondli Mvambi, spokesperson for the Free State Department of Health, the strike has since been called off.
“Upon being alerted of the strike, the department reacted swiftly by facilitating a meeting with all the unions, the provincial office management and the hospital management to resolve the workers’ issues,” Mvambi explained.
Numerous grievances were addressed at the meeting, such as unpaid overtime, shortage of staff and skills development.
According to Mvambi, although grievances were valid, the strike was caused by a misunderstanding between the department and workers. “The department conceded that there is a need to improve interaction and information flow between the management and the unions as these issues are being addressed by management. The weakness is that there is a gap in information flow,” said Mvambi.

“It was also agreed that the unions will take interest in ensuring that they participate in the relevant forums that deal with issues of interest to their members, rather than resorting to illegal means of engagement,” he said.
Sello Mokhalipi, spokesperson for Positive Action Campaign, said that healthcare workers are the ones faced with problems at the hospital. “Apart from the massive shortage of staff, there is the challenge that the burden within the facility is left to be carried by the people who are working there and defending the department. They get into one-on-one fights with the patients,” explained Mokhalipi.
The organisation calls on the MEC of Health to address the causes of the strike. “So it is very important for the department, particularly the MEC, to come on board and visit such facilities to rectify all the mistakes that are in such facilities as this violates the rights of the poor people who are supposed to access the facilities,” said Mokhalipi.
According to Mokhalipi the hospital also faces issues of shortages in resources. However, unions have been assured that their grievances will be addressed by government. “The department reported to the unions that all the issues that they are raising have been receiving attention at the highest levels of government,” said Mvambi.