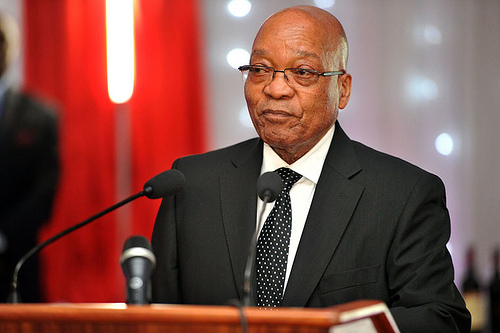 Former president Jacob Zuma seems to have shot himself in the foot by repeatedly undertaking to repay his legal fees if a series of applications aimed at thwarting his criminal trial do not succeed, while failing to repay a cent.

The Democratic Alliance (DA) and the Economic Freedom Fighters (EFF) both referred to repeated undertakings by Zuma to repay his legal fees as one of the reasons he should be made to repay between R15 million and R32 million already spent on legal bids to prevent his prosecution.

Judge Pieter Meyer, one of three judges hearing the parties’ applications, also referred to this undertaking while Zuma’s advocate, Thabani Masuku, argued in defence of state funding for his client.

Masuku submitted that the application should be thrown out because the DA and EFF took unreasonably long to launch their applications, which increased Zuma’s potential liability and prejudiced him.

However, Meyer said there was no indication from Zuma that he would have litigated “on a less luxurious scale” if he had to pay for it.

“He undertook to repay … that he’s now (some 12 years later) called to repay does not make any difference.”

Advocate Tembeka Ngcukaitobi, for the EFF, argued that according to their calculations, Zuma had spent over R32 million on litigation so far, but no one was certain as the state attorney appeared not to have properly managed Zuma’s legal costs.

He said it was clear from the criminal charges that Zuma was accused of abusing his position as MEC of economic affairs for KwaZulu-Natal to benefit Schabir Shaik.

Zuma had access to unlimited funds and abused his position as MEC, as deputy president and as president to get preferential treatment, with taxpayers having to pay for everything, he added.

Ngcukaitobi said taxpayers would keep paying Zuma’s legal fees indefinitely if the court did not put a stop to it.