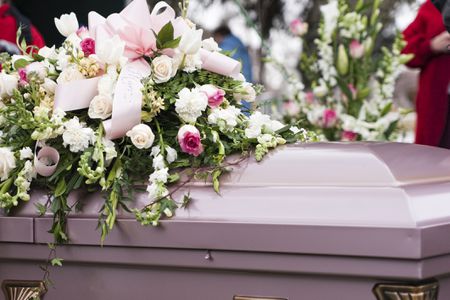 The funeral of 8 year old Relebohile Metsing from Tsholetsang Primary School in Bloemfontein will take place in Caleb Motshabi today.

OFM News reports Metsing died last week after eating a chocolate bar which is believed to have been poisoned.

Earlier this week the Free State Education MEC, Tate Makgoe, and Premier Sisi Ntombela, visited the school and family of Metsing to offer their condolences.

Makgoe promised to erect an administration building in memory of Metsing and paint the school.

Meanwhile Ntombela, has promised Relebohile’s mother, Galeboye Metsing, a house as she lives in a small shack with Relebohile’s four other siblings.

Ntombela further offered her a job opportunity at the Extended Public Works Program, as she is unemployed.

Relebohile was the only learner out of the six who died after eating the chocolate.

The five were admitted to the Pelonomi hospital for treatment.

Three have since been discharged, while two others are still in the intensive care unit.