With the fifth and final round of the STIHL 2016 SA XCO Cup Series rapidly approaching, the Series Title is wide open as the riders prepare for the season finale in the Free State at Happy Valley Conservancy in Bloemfontein on Saturday 18 June. What is important to note, is that all five rounds this year will be considered in the overall National points system, determining the overall win, as well as carrying a UCI Category 2 rating.

Cherie Redecker (Novus OMX Pro MTB Team) is the current leader in the Elite Women’s Series Log with 665 points, while second, third and fourth place belong to Kargo Pro MTB Team’s Frances du Toit (575), Novus OMX Pro MTB Team’s Mariske Strauss (520), and Absolute Cycling’s Genevieve van Coller (505) respectively. Redecker has finished in fifth place, second on two occasions and first in one race. Du Toit has finished in fourth place in three of her races and second place in her first race of the season; while Strauss has finished in first, second and third places in three races this season, having missed the Helderberg leg.

The Junior Women’s points Log sees a tussle between Kristen Louw (690) and Danielle Strydom (600), with only 90-points separating the two riders. Chriestie-Leigh Hearder holds third place with 490 points, while Nicolene Marais (410) and Saffron Vosloo (395) are in fourth and fifth places respectively.

STIHL 2016 SA XCO Cup Series Results Co-ordinator, Grevile Ruddock, says: “Many categories will only be decided at the final race in Bloemfontein this month. All five races in this year’s National Cup Series count towards the final points, which mean that there is no throwaway result.”

The 4.9km length course has a vertical ascent of 160 metres. Included in this course is hand-built single track, two challenging climbs of 660 metres and 350 metres respectively, natural rock gardens, gap jumps, drop offs, and two rather technical downhill sections. This course guarantees to close the series and send riders off with a bang.

The fifth round of the STIHL 2016 SA XCO Cup Series will take place in the Free State on Saturday 18 June 2016. Entries are open and close at midnight on Tuesday 14 June 2016. To enter, click here: https://entries.cyclingsa.com/events/6841-sa-cup-series-xco-5 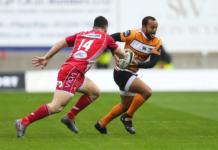 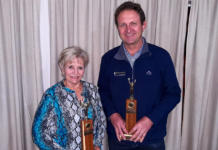