There’s a strong police presence in the volatile Makeleketla Township near Winburg in the Free State following sporadic violent protests by irate residents.

OFM News reports, the police nyalas and vans are currently patrolling the area, maintaining their presence. The police on the ground include Public Order Policing (POP), which are mandated to deal with public violence. There are various smoke clouds in the area from different vicinities. OFM News witnessed one individual, who appeared to be a resident of the area, being arrested on the spot amidst the protests.

The protests started at Winburg on Friday 16 April. OFM News previously reported on the unrest which started in the early hours of last week Friday on the N1 and the Makeleketla Road, which were barricaded with burning tyres, stones, and the branches of the trees.

The protesters’ discontent increased after a decision by the provincial government that an upcoming visit by President Cyril Ramaphosa will no longer be to Winburg. The statement has indicated that the new venue for the presidential visit will be at Botshabelo near Bloemfontein.

The reason the presidential visit has been changed, is allegedly because of a water crisis in Winburg and that the community members could use the event as an opportunity to protest. However, residents say they won’t stop protesting until the venue change has been cancelled. They say they want to talk to the president about the ongoing challenges they face daily.

The nine Winburg residents who were arrested during the violent protests last week, have been released on bail of R500 each. They appeared in the Theunissen Magistrate’s Court on Monday morning. 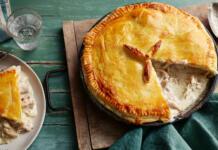