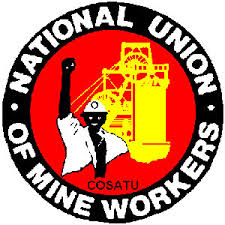 National Union of Mineworkers (NUM) spokesperson, Livhuwani Mammburu, has threatened that the union will go to the Commission for Conciliation, Mediation, and Arbitration (CCMA) if an agreement on AngloGold Ashanti’s decision to dismiss more that 800 of its employees is not reached.

Mammburu says that the union will approach the CCMA to facilitate the large-scale retrenchment process, which means that mining giant will not be allowed to retrench workers for a period of sixty (60) days.

After the 60 days has lapsed, AngloGold may give notice of retrenchment to employees affected or the NUM can give the notice to strike or it may decide to refer a dispute concerning the substantive fairness of the retrenchment to the Labour Court.

AngloGold Ashanti spokesperson, Chris Nthite, says at the moment, no definitive decisions have been made regarding job cut and reports that the company will sack over 800 of its employees are merely speculation.

He says there are no specific numbers as to how many workers will be affected as well as which regions will be most affected and while talks are underway to find the best possible alternative to job cuts, retrenching workers is last on its list.

AngloGold Ashanti employs over 25 000 employees in its three mines in the Free State, North West, and Gauteng province.