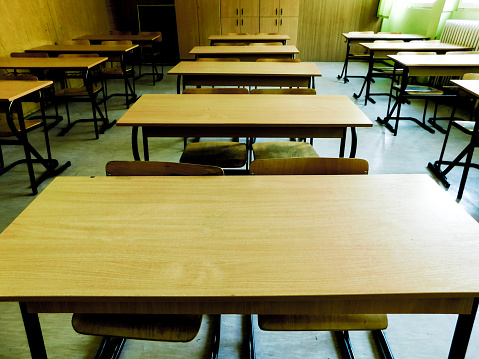 Wilgehof Primary School has been a part of the Wilgehof Community for many years. According to a teacher at the school, Marelize Snyman, the school media team has decided they would love to give back to the school by raising funds to replace the school hall curtains, which have been hanging since 1954.

As a fundraising project from their newspaper, they have launched “Teachers against the wall”, whereby both the learners and the public have the opportunity to vote for any of the teachers. A vote will only cost R1,00. The five educators with the most votes will then be duct taped against the wall on the 19th of October during the school’s first school bazaar. 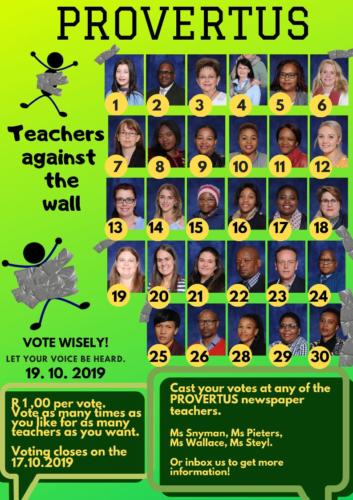 She further explained how the voting works: individuals can contact Snyman to get the banking details of the school and put in the reference TWA, and the teacher’s number, as indicated next to his or her photo.

“We would truly appreciate any sponsorship towards this cause. As a token of our gratitude, I will feature your company name in the next issue of PROVERTUS, which is the school’s newspaper, with a logo of your choice,” she explained. The school’s motto is PROVERTUS, which means “forward” and as a school, they have shown immense growth these past two years. “Our school newspaper, PROVERTUS, is a big part of that growth and something we are extremely proud of,” she added. Any assistance from individuals or companies will be greatly appreciated by the school.

“We hope to hear from you as soon as possible, as the voting will be closing on the 17th of October.” For any enquiries, people can contact Snyman on email: mallaikie@gmail.com or get into contact with the school on Facebook: https://www.facebook.com/WilgehofPrimarySchool/ for more information.