Residents of Qibing, Wepener, in Mangaung Metro Municipality, will soon enjoy a brand-new community library. The Department of Public Works and Infrastructure has announced that the library is sitting at 85% with regards to the general progress of workmanship on site.
Spokesperson of the department, Mlu Maqubela, said the department is generally satisfied with the progress and quality of work done on the facility. “We are looking forward to completing the project for hand over to the client during Quarter 2. Some of the continuous work areas include finalisation on the paint work, internal plumbing, tiling of the floors and landscaping, which are all sitting at above 70%.” 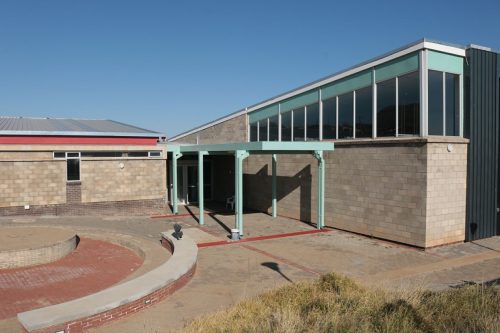 As soon as Public Works is done with its portion of the work, it will be handing over the building to the Department of Sport, Arts and Culture and Recreation, who will oversee the running of the library. Maqubela hopes that this will occur during mid-July or early August.
He added that the project also helped to create employment for the people of Qibing. “The construction of this facility in Qibing has created some work opportunities for both locals (unskilled) and local contractors (skilled) labour of which a total of about 13 work opportunities have been created through the execution of this project in the area.”
Maqubela concluded by stating that working together with the Department of Arts and Culture, they hope to have the library up and running in time for matriculants to have a quiet and resourceful place to study for their finals.

Safety tips to use while travelling