Extreme weather coupled with very dry conditions have combined to create a 'perfect storm' type environment for runaway veld fires that fire prevention officials are describing as an "emergency".
Farmers and landowners across the Free State have been battling almost non-stop over the past two weeks to contain scores of fires.
Malcolm Proctor of the Department of Agriculture, Forestry and Fisheries, told Bloemfontein Courant about
25 000 hectares were completely destroyed by fire over the past two weeks.
This figure excludes statistics of a fire that broke out between Dewetsdorp and Hobhouse on Monday evening, where it is believed another 15 000 hectares were destroyed overnight. This is according to Johann Breytenbach, chairperson of the Dewetsdorp Fire Protection Association and also the fire protection official for the area.
"It is difficult to say exactly how much was damaged, especially because so many farmers are still out on the fire line trying to contain it, but it is a mega-fire," he said.
Breytenbach says the Fire Danger Index (FDI) for the southern Free State was at 97 out of a possible 100 at the weekend. "I have not seen it that high since we started keeping records in our area," he added.
The Mangaung Metro has recently also seen huge amounts of fire action, with one of the more notable of these fires a blaze that broke out in the vicinity of Oubos Estate at the end of last week. Although there was not any property damage, it still required a team of 40 firefighters, in conjunction with Working on Fire, to manage that blaze.
Thinus Steenkamp, general manager of the Free State Umbrella Body for Fire Protection Associations, says firefighting teams are being dispatched from Mangaung daily. There have also been fires on an almost daily basis in Clarens, Bethlehem, Senekal, Dewetsdorp, Winburg, Harrismith and several other areas.
He says about 3000 hectares were destroyed in a fire in Reitz last week and also confirmed another devastating fire in Memel. "One of the farmers there had to destroy a large number of sheep that were burnt in the fire," he says.
Breytenbach meanwhile says it doesn't look like the situation is going to get better anytime soon. He says the FDI was at 80 on Thursday, with hot, dry conditions made even worse by strong winds and gusts this weekend having peaked at 105km/h.
Steenkamp says we have entered a second cycle of the 2015 fire season and says there is a total ban on any open fires until there has been at least 25mm of rain.
This includes a total ban on open fires or burning of camps, as well as caution when working with power tools like grinders and welders that can cause sparks. Care must be taken when disposing of hot ashes and the public is also urged not to throw cigarette butts out of cars or in the veld.  Sabrina Dean & Christal-Lize Muller
sabrina@centralmediagroup.co.za
christal-lize@centralmediagroup.co.za 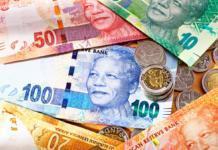 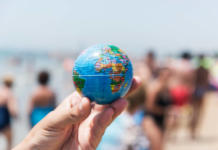 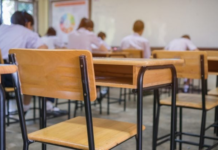