If the scores of people (family, friends and supporters alike) who welcomed Wayde van Niekerk’s family and his girlfriend after returning from the Rio Olympics at the Bram Fischer airport in Bloemfontein on Sunday is an indication, the same airport will be a buzz like never before the day Wayde and his coach, Ans Botha, arrive from abroad.

Voice was there and spoke to Van Niekerk’s mom, Odessa Swarts: “It was an experience of a lifetime. We are all so proud of Wayde.”

To whether Wayde will be in action at another IAAF Diamond League meeting, she replied: ‘No. He has a niggle in his hamstring and he doesn’t want to risk serious injuries. Wayde and his coach are heading for Germany where the niggle will be treated and thereafter they will return to South Africa. We do not know yet when they will be back in the country.”

Voice spoke to Van Niekerk’s girlfriend, Chesney Campbell, as well and wanted to know whether she was ever in doubt that Van Niekerk would win the 400m at the Rio Olympic Games. “I was never in doubt. We spoke about it often before the race and Wayde was very confident that he would win. With him being so confident, I knew he would win. However, I didn’t think he would break the world record this time around and that came as a surprise and a bonus.”

Voice wanted to know if she and Wayde have discussed wedding plans. After a laugh, she said: “Yes, we have,” but touched on the subject only lightly. “It won’t happen within the next year or two but the plans at this stage are to get married within the next five years.”

Campbell was asked whether she knew that it was a world record when Van Niekerk crossed the line. “I only realised it a couple of seconds afterwards. The great former Olympic champion (5000m and 10 000m), Haile Gebrselassie, and his son were sitting in front of us and after a while his son tapped me on the knee, showed me the timekeeping board and only then Wayde’s mom and I noticed it was a world record.”

Van Niekerk’s sister, Kayla Swarts, was also on the pavilion when her brother won. Kayla, a versatile sportswoman (athletics, cross country and hockey) in her own right, missed out on the Free State cross country championships whilst she was in Rio. Chances were good that she would have made the Free State team to the SA cross country championships, had she taken part. Voice asked her if she regretted not taking part. “Never. I will cherish being there when Wayde won for the rest of my life. I would have sacrificed anything for that privilege.” Kayla is a Southern Free State hockey player as well.

Van Niekerk’s stepfather, Steven Swarts, has been supporting Van Niekerk in his quest to be the best in the world from a very young age and is seen by many as his greatest supporter. There were rumours that Steven had resigned his permanent job as a switch manager at Vodacom to become Van Niekerk’s permanent financial manager. Voice wanted to know if it was true. Swarts laughed and said: “I have also heard the rumours, but that is very far from the truth.” – RUFUS BOTHA 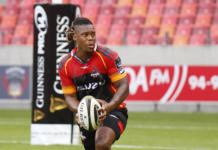 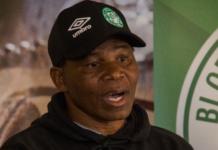 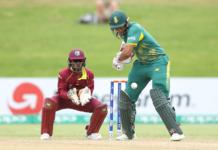 Ramaphosa slammed from all sides over new alcohol ban