A Wendy house and a caravan caught fire and burned to the ground after an explosion was allegedly caused by a stove in a residence in Johan Brits Street in Noordhoek, Bloemfontein. When Bloemfontein Courant arrived on the scene just minutes after the fire broke out, the scene was already a hive of activity as community members as well as local authorities could be seen filling the street. 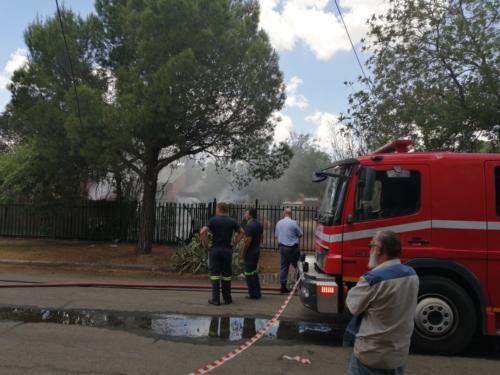 A resident who live in the same street, said she heard an explosion and saw fire and smoke. She immediately informed her daughter, who in turn phoned the local authorities. The blaze was brought under control by The Mangaung Fire Department within minutes after their arrival. No injuries were reported.