Scores of disgruntled University of the Free State (UFS) workers have staged a protest out the UFS main building on Thursday in protest over the controversial outsourcing of workers amongst others.

The General Industrial Workers Union of South Africa (GIWUSA) official, Vuyo Mapompo, tells OFM News that workers decided to demonstrate in front of the main building in protest against the failure of the UFS management to implement the settlement agreement about the outsourcing reached back in 2016.

He says the institution management has since decided to be cunning and display tendencies of bureaucrats by ill creating and exploiting their members. Mapompo adds that the union officials have since submitted a memorandum of demands to the university and they are hopeful that the institution will positively respond to them.

Meanwhile, the university’s spokesperson, Lacea Loader, in an email to OFM News labelled the protest as unprotected and says the executive management remains committed to engaging continuously with all its constituencies, including the Workers & Students Forum (WSF) consisting of students and outsourced workers in an open, transparent, and honest manner.

One student who spoke to OFM News, says workers earlier on Thursday rocked up in class singing and demanded that they vacate the class. He says what he has heard so far about the main point of contention that led to the workers’ protest, is the unfavourable working conditions and insufficient pay by the institution. In 2016, about 100 National Education, Health and Allied Workers’ Union (Nehawu) members sang and danced outside the Bloemfontein campus, demanding a 7% wage increase, as well as for outsourcing to be stopped. 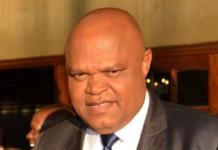 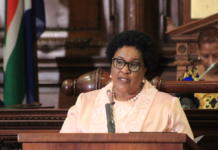 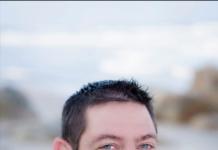