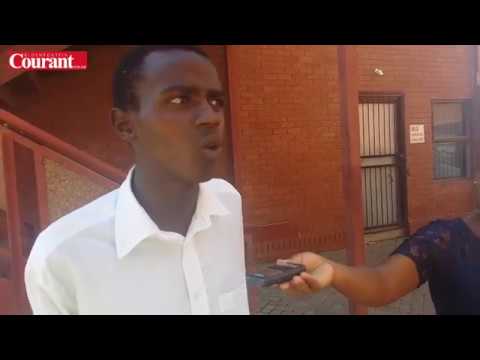 Parents and learners with no placement at schools in the Free State have been gathering at the Free State Department of Education’s offices in Bloemfontein to find answers. According to Dumisane Mangine, a Grade ten pupil, he has been seeking answers from the department for the past week. He says he has been referred from one school to the other, and the only answer he has been receiving is that there is no space, all schools are full.

Meanwhile, the Free State Education has admitted that parents and learners have been visiting their district offices and schools, looking for placement. During a visit to the district office in Bloemfontein, Voice found a long queue of parents waiting for their children to be placed. EFF councillor, Baba Sebolao, said he was called by members of the community to come and assist as they have been waiting since last week to get their children placed. He said he is shocked at the amount of learners who are still not placed, weeks after schools have reopened.

“As a member of the community I am disappointed by the struggle parents and learners are going through and how some learners still have to struggle for access to education. At this stage I am also not sure as to whether they are receiving the necessary help,” said Sebolao.

The department’s spokesperson, Howard Ndaba, said it is difficult to indicate how many learners still need to be placed. He alluded that placement challenges are also being experienced in other towns in the province and advised parents to consider the availability of space and not only look for placement at particular schools. – Katleho Morapela &
Cathy Dlodlo
katleho@centralmediagroup.co.za
cathy@centralmediagroup.co.za