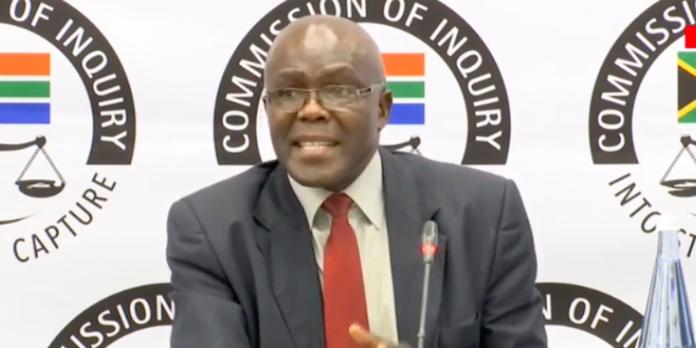 The lawyerless former Head of the Free State Agriculture Department, Peter Thabethe, asked for a postponement at the sitting of the Zondo Commission that investigates state capture.

He was supposed to testify in front of the Commission all day but after a brief period on Monday requested that the sitting be postponed in order for him to get legal representation.

Thabethe said his legal team has withdrawn from the case. Thabethe is expected to continue his testimony into the controversial multimillion-rand Estina Dairy Farm Project in the province at a later stage.

Zondo postponed his testimony to the first week of October to give him time to find legal representation.

Thabethe recently reported that a lack of planning ahead of the establishment of the controversial Estina dairy farm project not only compromised the project but wasted taxpayers’ money. During his last appearance, the commission tried to understand why Thabethe did not conduct the relevant due diligence while planning for the project.

He testified that he had conducted “desktop research’’ on companies that specialised in dairy production in New Zealand, the Netherlands and India. That is how he came across Paras, the partner company in the project.