The 2021 domestic Motocross season got underway last week in Bloemfontein with round one of the Free State/ Northern Cape Championships at the Tempe track.

In the 50cc Pro class it was a battle between the 2020 Free State champion, Dayle Verster, and the 2020 novice champion, Xavier Victor. Verster dominated the proceedings with three heat wins to end first overall, while Victor had to settle for second overall, following three second place finishes in the heats. Viv Howell ended his first round in third overall.

Wouter van Niekerk claimed first overall in the 65cc class on the day, while Reynardt van Niekerk took the second step on the podium. Erik du Plooy fired an early warning shot by winning the first heat, but took second in heat two, while crashing out in heat three, leaving to finish behind the two Van Niekerks.

It came as no surprise that the classy rider, Wian du Plooy, was the lad to beat in the 85cc and Pro Mini class. Three wins in the three heats saw him taking the honours for the day. It was the perfect start for the 14-year-old title defence in the 85cc class, while he will look to improve on his runner-up status during the 2020 Pro Mini class. He has already been installed as the favourite to with the South African National MX Championship.

The battle in the class was between Aiden Saffy and Joshua Fletcher who finished second and third overall for the round. Pieter Brink, who took second during the regional and national championship in 2020, had a day he would like to forget as soon as possible. He had bike issues, and then crashed a loan bike. He was taken to hospital and was unable to further compete. He is sadly out for this week Nationals in Johannesburg, but will be back in action for the second round of the regionals.

In the High School class, Barend du Toit, who has been competing in the Netherlands for the most of 2020 took the overall honours, beating Du Plooy. He was, however, given a good run for his money by Du Plooy, who settled for second, while Eben van Rooyen completed the podium.

Among the big boys in the MX1 class, it was the local rider and multiple regional champion, Johan Vogelesang, who was the man to beat. With two second place finishes and a third place in the heats, Fenton Bradley of KwaZulu-Natal took second overall, while another rider who has returned from the Netherlands. Round 2 of the Free State/Northern Cape MX Championships will take place on 6 March.  – MORGAN PIEK 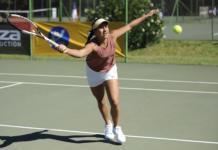 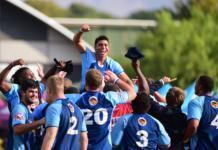 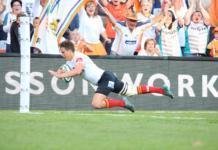