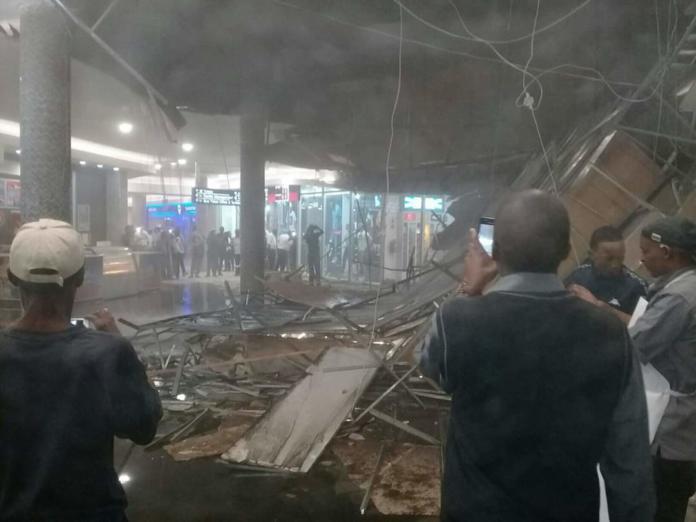 According to a statement issued by Mondli Mvambi, spokesperson of the Free State health department, all other patients who were treated for minor injuries as a result of the apparent collapse of the ceiling at Central Park shopping complex were discharged.

While 13 of the 14 patients who were admitted to Pelonomi Hospital have been discharged a 46-year-old female was seen at the Trauma Unit. Her condition is stable but she remains admitted at the hospital.

This comes after chaos broke out at the Central Park Shopping Centre in the Bloemfontein CBD on Wednesday morning after a part of the ceiling at the centre collapsed.

According to municipal spokesperson, Qondile Khedama, the Planning Directorate of Mangaung Metro visited the Central Park Shopping Centre in Bloemfontein.

“On arrival at the scene, it was confirmed that only a portion of the chipboard ceiling (heavier ceiling) had collapsed. The City’s inspector had issued a notice to Broll (building owners) to investigate the cause of the collapse and how they are going to remedy the situation,” Khedama said in a media statement. The shopping centre is still closed for while cleaning is underway while an investigation continues to determine the cause of the incident.