To prove their support for #FeesMustFall, the University of the Free State’s (UFS) management will allegedly be marching with students to the Provincial Government’s offices.

This decision comes after a meeting with student leaders, residence primes, the acting rector and various other stakeholders last night at the university’s SRC offices.

According to Lindokuhle Ntuli, UFS SRC leader, the university would no longer be deregistering nor arresting protesting students as part of this decision.

The march will take place on Friday 14 October.

Lindokuhle Ntuli also says the student leadership was very pleased with the decision by the university.

He further alleges that the SRC and other student movements have been given more time by the university to continue with peaceful protests until the 1st of November. No tests or exams will be cancelled.

Rather, the university will embark on an academic plan that will accommodate those writing tests and exams.

Ntuli also added that the decision by the UFS should be exemplary to all other universities across South Africa pledging for the same cause.

The UFS communication director, Lacea Loader, could not be reached for comment. 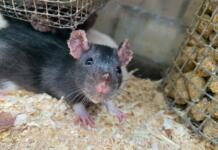