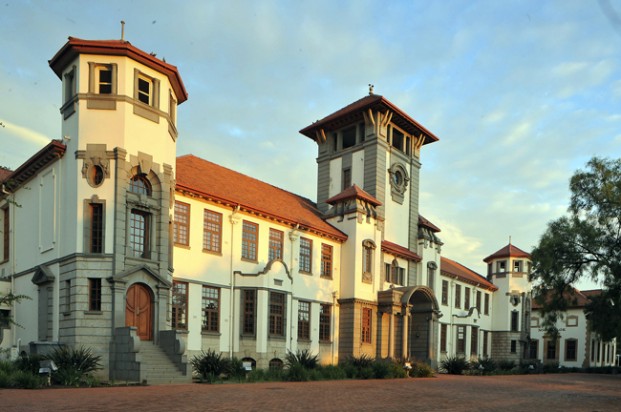 Dr Russell Ally has been appointed as the University of the Free State’s new Senior Director: Institutional Advancement.

Dr Ally says as he takes up the position, his priority will be to listen, learn, understand, and experience. “Visions that last are developed at the coalface, not from aerial views.”

He believes that to develop a vision, one needs to listen, understand, absorb, and experience. This way, a vision develops organically and authentically, with buy-in and support – as opposed to something that is imposed from above.

“I look forward to meeting and getting to know our alumni community, particularly alumni in the Free State. Universities that thrive usually have very close and reciprocal relationships with their surrounding communities.”

Prof Francis Petersen, Rector and Vice-Chancellor of the UFS, says Dr Ally has considerable experience in donor and alumni relations, fundraising, and philanthropy.

“Through his extensive interactions with a variety of large and small institutional and individual donors, he understands the interconnected worlds of philanthropy and grant-making. He is regarded as one of the most knowledgeable, professional, resourceful, and well-networked persons in the domains of donor funding and institutional advancement.

“I look forward to working with him to further enhance the university’s development and fundraising strategies, to nurture our alumni nationally and internationally, and to keep them active in the affairs of the university.”

Before joining the UFS, Dr Ally was the Executive Director of the Development and Alumni Department at the University of Cape Town (UCT) since August 2013, where he was responsible for institutional advancement, fundraising, and alumni relations.

Dr Ally also worked for the United Nations Office of the High Commissioner for Human Rights as its human rights project manager, overseeing a human rights institutional strengthening project. During this time, Dr Ally served as the national coordinator of the South African Government’s National Action Plan for the Promotion and Protection of Human Rights (NAP), working directly with all the government departments involved in promoting human rights. He was the main author of the National Action Plan that was submitted to the United Nations in 1998 as part of the commemoration of the 50th anniversary of the Universal Declaration of Human Rights.

He has taught at secondary school level at a teacher training college, and was a senior researcher in the African Studies Institute, and senior lecturer in the Department of History at the University of the Witwatersrand.