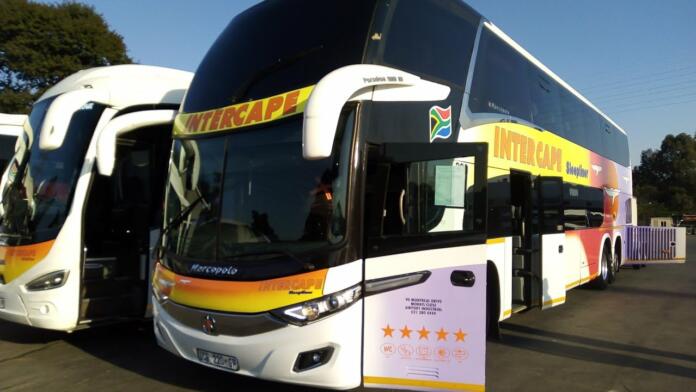 Truckers and bus drivers travelling along the N3 in Johannesburg have been warned about people hurling stones and trucks at passing heavy vehicles.

During the early hours of the morning just after midnight an Intercape bus and at least two trucks were stoned on the N3 Johannesburg bound at Harrismith opposite the Engen Garages. The attack happened around 01h10, reports The Citizen.

The warning comes days after long-distance coach company Intercape warned that rogue taxi associations were targeting its coaches in an apparent turf war over long-distance routes.

Just last week Intercape CEO Johann Ferreira made an impassioned plea to President Cyril Ramaphosa to intervene in the ongoing attacks on coaches in transit.

Nearly two weeks ago, Intercape buses were targeted by gunmen in an unknown sedan vehicle on the M2 highway in Johannesburg, during long-distance trips between Johannesburg and Eastern Cape.

Suspects fired three shots at the driver’s side of the coach, and the final shot narrowly missed the driver.

But as the vehicle sped past, the assailants fired another five shots, with the first, second and third shots hitting the windscreen and fourth and fifth rounds hitting the coach low on the front left side.

The first shot narrowly missed the driver and co-driver who were sitting in the front window seat.

The sedan vehicle then sped away.

The Intercape driver who managed to keep control of the vehicle slowed down, and eventually pulled over safely to the side of the road.

Intercape responders arrived at the scene and were later joined by Johannesburg Metro Police Department and SA Police Service members who took statements and collected and photographed evidence.

The passengers were transferred to another coach to continue their journey. A case has been registered at the Jeppe police station.

In a separate incident, an Intercape bus en route from Pretoria to Umtata came under attack as it was approaching the Geldenhuys Interchange from the M2 to join the N3 Highway.

Video footage from the bus appears to show a gunman stationed on the bridge who fired two shots at the coach, with one of the rounds hitting a passenger in the leg.