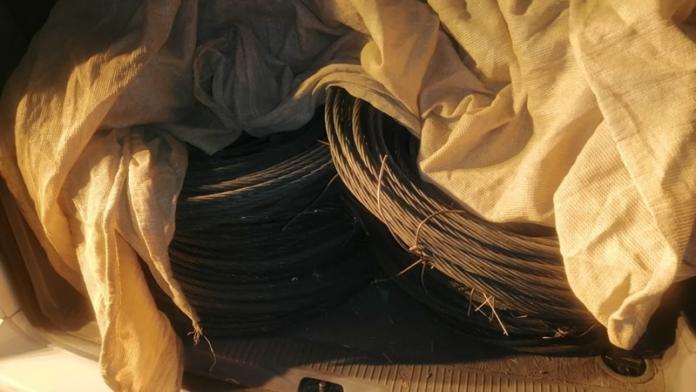 Three foreign nationals were arrested by the Free State police for being in possession of copper cable belonging to the state’s entity, Transnet, estimated to the value of close to a R1 million.

OFM News reports, police spokesperson, Motantsi Makhele, says the trio aged 35 to 45 years old were nabbed in Viljoensdrif during a roadblock for the possession of the cables which were allegedly stolen at Dreunberg Station between Bethulie and Molteno in Burgersdorp on Thursday. He says according to information from employees of the country’s logistics and port operator, Transnet, the repair cost of these cables also runs up to the value of over R1 million. Makhele says the trio was nabbed and charged for having suspected stolen goods, being illegal immigrants and contravening the Disaster Management Act of COVID-19 regulations. They are expected to appear in court soon.

The suspect was nabbed on Thursday 22 July 2021 at about 00:05 during a roadblock along the R52 road in Viljoensdrif.

“A member in charge of the roadblock, Lt.Col. Joseph Moiloa, said they stopped a VW minibus with GP registration number plate and he pointed out that there were three male passengers on board in this minibus and on further probing, they found a bundle of copper cable loaded inside. The three suspects could not give a comprehensive reason why they possess this massive copper cable,” Makhele adds.

Makhele further adds that the police Provincial Commissioner, Baile Motswenyane, lauded the police for the arrest of the trio.

She said criminal activities will not be tolerated on the roads. “Copper cable thieves cannot be allowed to freely steal our essential infrastructure and get away with it. This success is an indication that our presence during these operations is indeed yielding good results,” Motswenyane added.