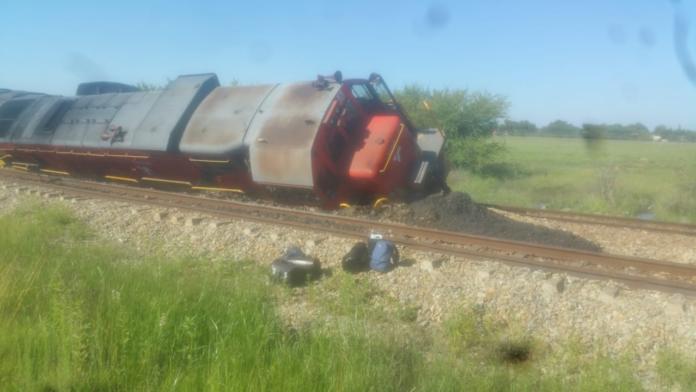 Transnet confirms the train that derailed in the Free State on Monday belongs to them and investigations are underway.

After OFM News received photos of the accident on Monday, spokesperson Mike Asefovitz said the train derailed at the Odendaalsrus station. He confirms it was one locomotive and six train wagons. He says there were no injuries reported and that the only passengers on board were the driver and his two assistants.

Asefovitz highlights that it is standard procedure that after any incident such as this in nature, the crew gets taken to hospital for a full check-up and multiple drug testing, which proved to all be negative. Before the train crew gets on board they also undergo a thorough check to test for the use of any substance abuse.

“The train driver has 30 years’ experience. We are investigating the incident and preliminary findings are that there was sabotage, but that will have to be investigated further,” said Asefovitz.

He alludes that all the derailed train wagons were cleared yesterday and the locomotive has been re-railed. He confirms the line was opened this morning at 07:30 with a speed restriction, which they will lift by noon so that normal speed applies to the line.

Loadshedding a hazard for oxygen dependant

No load-shedding expected on Tuesday – Eskom