• 1882: George William Stow (60), who discovered coal at Vereeniging, dies in Vereeniging.
• 1863: Frans Vredenrijk Engelenburg, editor of De Volksstem and founding member of the Akademie vir Wetenskap en Kuns (Academy for Science and Art), is born in Arnhem, The Netherlands.
• 1890: The first railway line in Transvaal, between Johannesburg and Boksburg, is opened.
• 1904: Herero Revolt: In the German Reichstag (Parliament), August Bebel representing the German Social Democratic Party (SPD) condemns the "suppression war" against the Ovaherero. He further demands the termination of the war and refuses to budget for its continuation. He calls the resistance of the Ovaherero a "justified liberation war".
• 1951: The Potchefstroom University for Christian Higher Education (now a campus of the North West University) is recognised as a university after being a university college previously.
• 1972: President Fouché pays a state visit to Malawi (17-24 March) and appeals for peaceful co-existence and cooperation between African states.
• 1989: The condition of Donsie Khumalo, on a hunger strike since 9 March with other unionists in support of the release of all detainees, becomes critical. He abandons his strike when assurances are given that he will be released.
• 1999: Allan Boesak, former Director of the Foundation for Peace and Justice, is found guilty in the Cape Supreme Court of embezzling about R1,3 million.
• 2000: Start of the first lottery in SA.

• 1951: The Potchefstroom University for Christian Higher Education (now a campus of the North West University) is recognised as a university after being a university college previously.
• 2004: National Library Week (17-22 March) starts.

• Listening to music while working out measurably improves physical performance
• Your favourite song is probably your favourite because you associate it with an emotional event in your life.
• None of The Beatles could read music.
• Your heartbeat changes and mimics the music you listen to.

• 1965: Andrew Charles Hudson, South African cricketer is born.
• 1982: SA footballer, Steven Pienaar is born in Johannesburg.
• 1965: Andrew Hudson, South African cricket player, is born.
• 1965: Steve Atherton, Natal rugby player, is born.
• 2007: In a record-breaking performance, Herschel Gibbs scores 6 sixes in a row against Holland during a 221-run World Cup win over the Netherlands. He also tops Sanath Jayasuriya’s record of most runs in a one-day over which stood at 30 achieved twice against Pakistan’s Aamir Sohail in Singapore in 1996 and New Zealander Chris Harris at Sharjah five years later. 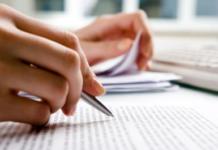 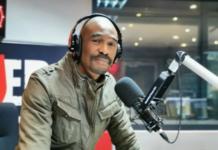