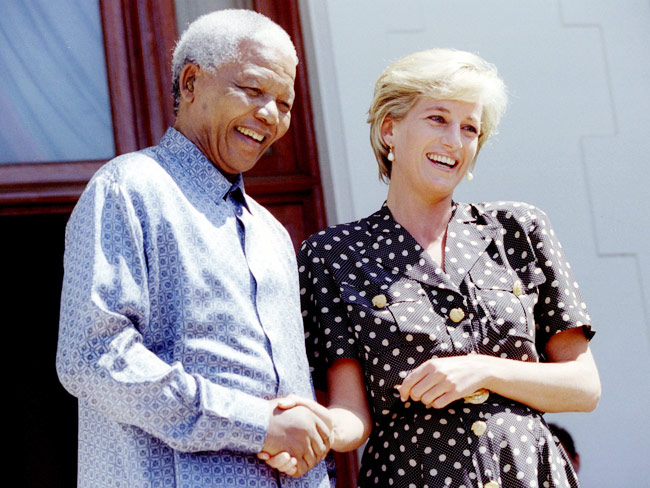 Princess of Wales, Lady Diana Spencer, was killed in a car accident in Paris with her companion on 31 August 1997.

She was married to Prince Charles and they had two sons, Harry and William. The royal couple divorce each other in 1996.

Princess Diana was known for her charitable work – notably publicising work on behalf of people with HIV/Aids, the plight of the homeless, the isolation of lepers, and the random destruction of landmines.

Her funeral was broadcasted throughout the world and her brother, Earl Charles Spencer, who briefly lived in South Africa in 1997, gave a heartfelt eulogy.

In 2002, former South African statesman, Nelson Mandela, visited Diana’s family home and graveside after announcing that the Nelson Mandela Children’s Fund was planning to join Diana, Princess of Wales Memorial Fund to help South Africans with HIV/AIDS and their families and to assist children orphaned by the disease.