“When your children become involved with drugs, don’t handle them with gloves. Always have empathy with your children’s situation, but remember that it is a serious matter that calls for tough love.”
This will be the message that Ellen Pakkies will bring this afternoon to the mothers of Bloemfontein where the use of the drug Tik is on the rise. Pakkies, a mother turned social activist, who was acquitted after strangling her Tik addict son, Adam, spoke to Bloemfontein Courant at her hotel in the Bloemfontein CBD this morning.
Pakkies, who is the main speaker at the Angel Foundation’s 3rd Annual Autumn Queen Ladies High Tea, says she learned the hard way that by pampering your troubled kids, you are not helping them at all.
“Each time my husband was strict with Adam, I would intervene. When my husband refused to give him money to feed his addiction, I would secretly slip money into his pocket. Obviously as mothers we will always care about our babies, but we must know where to draw the line,” said Pakkies.
The theme for this year’s Autumn Queen Ladies High Tea, which is one of the flagship fundraiser events on the Angel Foundation’s annual calendar, is “When sleeping women wake, mountains move” (a Chinese proverb).
Tears welled up when she told Bloemfontein Courant how some people are still treating her as an outcast more than a decade after she strangled her youngest son with a cord because she couldn’t take the abuse from him any longer.
“Although some people still treat me badly, I hardly ever return the favour. As a God fearing woman, I always give them love in return, because I realise that their hatred against me might be the result of misinformation or influence. And they almost always respond positively to the love I show to them.”
Pakkies said she feels qualified to share her story with mothers that are going through the same ordeal as hers, not only because of her past experiences, but because her eldest son is current also involved with drugs.
“As you can see, my struggle is not over yet. I haven’t seen my son for quite a while, but because I know of his drug addiction, I worry, and I keep thinking of ways in which I could help him. My heart breaks as a mother,”  Pakkies told Bloemfontein Courant. – Pieter Delport
pieterd@mahareng.co.za 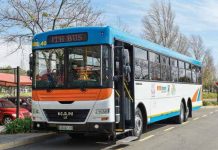 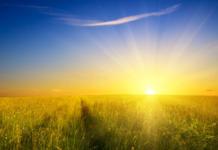 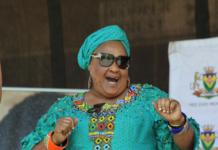