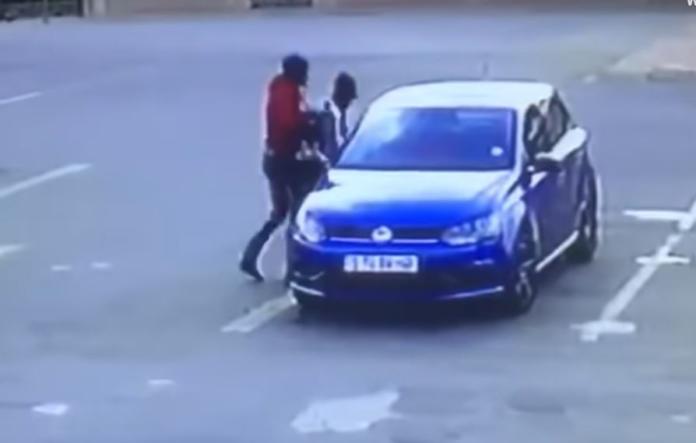 Earlier this week, social media users were horrified by video footage of a man getting pulled out of his car and getting shot on scene in what appears to be a hijacking in the parking lot of the Commando Shopping Centre in Welkom in the Free State.

The video was circulated by police in an effort to gather information that would lead to the arrest of the culprits.

WARNING: The following video contains graphic violence and is not for sensitive viewers.

The victim in the video has since been identified as Shai Mikia Mohapi and he was shot and killed while waiting for his wife on Saturday evening.

Speaking to Sowetan, Police spokesperson Brigadier Sam Makhele confirmed that three men have been arrested in connection with the murder of 54-year-old Mohapi and that a firearm believed to be the murder weapon was also confiscated.

According to Makhele, there are more arrests on the horizon based on what police gathered from their interrogation of the suspects.

The publication also reports that Mohapi’s vehicle – a Blue VW Polo – was later discovered abandoned in Steyn Street in Welkom.

The trio of suspects is set to appear in court soon.