Three people were killed and three others sustained various injuries in a head on collision on the N8 approximately 40 kilometres outside of Bloemfontein this morning.

Paramedics from ER24 and other local emergency services arrived on the scene where they found debris scattered across the scene at around 7:30 this morning. Three people were found with fatal injuries.

Two people were found in a bakkie with fatal injuries. Paramedics declared both the bakkie’s occupants dead on scene. 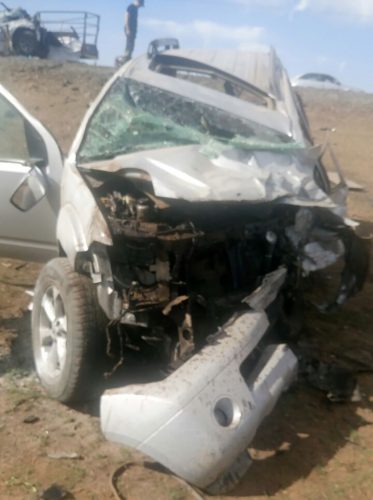 One person was found with fatal injuries in another light motor vehicle and also declared dead on scene. Two other people were found trapped in the rear passenger seat of the bakkie.

Local rescuers had to use hydraulic rescue equipment in order to free them before they could be fully treated and rushed to a hospital in Bloemfontein.

Both of them were in a serious condition. One person was found in the light motor vehicle with moderate injuries.

The exact cause of the collision is not yet known. Local authorities attended the scene and will conduct an investigation.