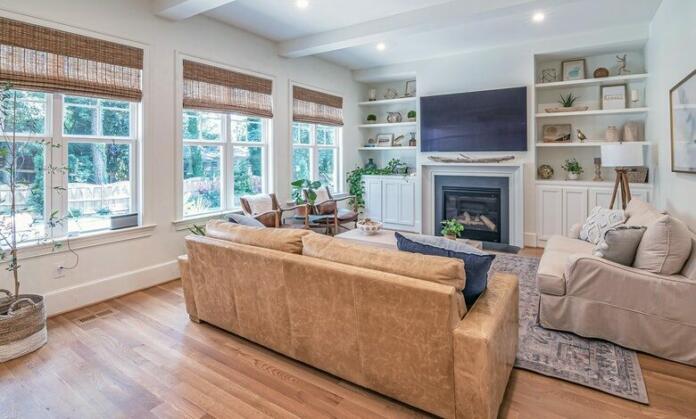 Net Zero is no longer a buzzword. Instead, it’s being taken very seriously by governments worldwide, including the SA government, which, in mitigating efforts to mitigate its greenhouse gas emissions, has highlighted residential housing as one of the most significant contributors, along with urban passenger transport and electricity supply.

Legislation has therefore been introduced that encourages local governments to heed specific Net Zero Carbon (NZC) targets: By 2030, participating C4 cities, Johannesburg, Cape Town, Ekurhuleni, Durban and Tshwane, have committed to comply with bylaw legislation that mandates all new buildings to be NZC in their operational energy, and by 2050, all existing buildings must be NZC in their operational energy. This legislation will transform not just housing but how all buildings are designed and operated. So, what does this really mean, and how much do you really understand about NZC, given the fact that this isn’t just about energy-efficiencies or ‘going-off-the-grid’?

To explain the two driving imperatives behind NZC is Marc Sherratt, sustainability architect and founder/managing director of Marc Sherratt Sustainability Architects (MSSA). “Simply put, NZC means you are generating, only using renewable energy resources, as much electricity as is being consumed over a one-year period. This energy is termed ‘operational energy’ and over the life of a building, is usually the highest carbon footprint category in architecture.’

The second aspect, Sherratt explains, relates to ‘embodied’ energy, which deals with the energy used during the extraction, manufacturing, transportation and construction of building materials and equipment. “NZC means that the building is not adding any carbon emissions (zero) during and throughout the two processes, which can also extend to the entire lifecycle of a building. This is also referred to as the life cycle analysis (LCA).

“Ideally, you start by being as efficient as possible in terms of usage before adding renewable energy technology. This efficiency-first approach means the renewable energy system is not oversized. It can also be retrofitted. However, it is much cheaper to implement when it is integrated at the design stage.”

There are passive and active measures that come into play with NZC. Passive methods respond to the local climate of a building and involve architectural features such as shading, building orientation, glazing and insulation specifications, and exposure to wind and solar patterns that maximise daylight, natural ventilation, and passive cooling/heating techniques like thermal mass. Active methods may include solar or wind technology, reductions in the use of waste, recycling and composting, all of which contribute to reducing carbon emissions.

The term NZC in buildings has been defined and is objectively certified by the Green Building Council South Africa (GBCSA) that has two tools available to measure NZC. Created as a free online efficiency rating tool, EDGE, which stands for Excellence in Design for Greater Efficiencies, can be used to rate residential buildings specifically. However, the more holistic GBCSA NET ZERO tool can apply to any building type. It can certify Net Zero in terms of carbon (energy), water, ecology and waste, a tool which Sherratt rates very highly. “It’s one of the most forward-thinking green building rating tools in the world,” he says.

EDGE offers a measurable way to cut back on the resource intensity of a building and determine the financial viability of including green aspects on projects, claims the GBCSA. It sets a minimum standard of 20% reduction across energy and water consumption and embodied energy. According to Sherratt, resource efficiency does not even have to come from purely ‘off-the-grid’ sources. “The Eskom power grid can be used as a supplementary source of power, provided that over the one-year period under assessment, the calculation ultimately equals zero carbon emissions.”

Regardless of the fact that EDGE certification exists inclusive of its rigorous regime of assessment, from concept through to occupation to ensure resource efficiency, it does not make a home NZC, which is a “very big step above EDGE,” says Sherratt. “In fact, there are currently only 20 buildings in South Africa that have been certified NZ.” Those 20 buildings have been certified by the GBCSA through its Net Zero building certification and include commercial buildings.

“Net Zero Carbon is not easy to achieve. If that is the desire, a Net Zero Accredited Professional provides guidance through the process,” says Sherratt. “Net Zero can only ever be a minimum target.” His focus is on the next step, called ‘Net Positive’. “This is where you are generating five percent more energy than you need using renewable sources, and which can then become a financial resource to trade or sell to a local electricity distribution system or stored for later use.”

Regardless of whether a home aims for, or is, NZC, there is a key value-add in the current environment aside from the significant reduction in operational energy costs: that being the autonomy of an NZC electrical system from Eskom when load-shedding is active.

As Sherratt points out, even better is the potential for lower interest rate qualification with finance houses. “Balwin Properties managed to secure lower interest rates on bonds within its EDGE rated buildings. Given that Net Zero is a step above EDGE, it is expected that similar interest rate reductions will be applied as NZC homes become more mandated and mainstream.”

Readying a home now for Net Zero, even by up to 50%, can be incremental as affordability allows. After all, as Sherratt says, “Green buildings are moving us into the future.”