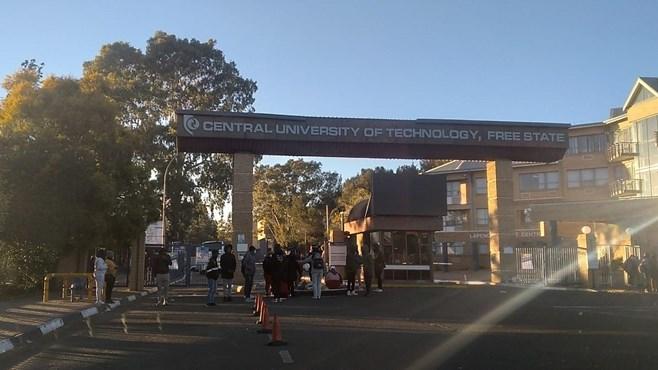 A female was arrested earlier today for allegedly breaking in and setting on fire a storeroom in Goddard Street which forms part of the campus of the Central University of Technology, Free State (CUT).

According to a statement by CUT, a case of burglary at a business premises and arson was opened at the Park Road Police Station, and the 21-year-old suspect will appear in the Bloemfontein Magistrates Court on Friday 18 March.

Two suspects are said to have forced their way into the storeroom and set it alight. A male suspect managed to escape.

Police have also arrested four students for public violence on the campus, this after  disgruntled students blocked the main entrance of the University with burning tyres to demonstrate their dissatisfaction with the management of the institution.

According to a statement by the South African Police Services, the protesting students were warned by the tactical commander of the police, but they refused. The commander then used a stun grenade to disperse the group. The four students were then arrested.

CUT managements say they have a court order in place, and the police are on campus to ensure that the academic year is not affected by incidents of violent protests.

“The university has about 22 000 students and most of the qualifying NSFAS students have received their allowances. Management has been working tirelessly to ensure that those who qualify for NSFAS funding receive assistance.

“Management urges any qualifying students for NSFAS funding to contact the Student Finance Office for assistance, as all cases are attended to by the university on their merits,” says the university.