Home News Local Stabbing at Bfn north landfill not gang-related – police
Facebook
Twitter
Google+
Pinterest
WhatsApp
The investigation into the brutal stabbing of a group of waste pickers at a landfill located in Bloemfontein’s northern suburbs in August 2019, reveals the incident was not gang-related as indicated by Mangaung Metropolitan Municipality.

On 13 August 2019, two waste pickers were violently stabbed at the northern dumping site, one of them later died at the Pelonomi hospital.

Bayswater Station Commander, Siphesihle Tyu, tells OFM News three people have been arrested in connection with the incident. Since then, no other violent instances have been reported at the same landfill. Tyu says the incident was not gang-related, contrary to Mangaung Metropolitan Municipality’s report on the incident. She cautions she cannot say the same for alleged gang-related turf wars in the south dumping site, which falls under the Mangaung cluster.

Mangaung Metro spokesperson, Qondile Khedama, confirmed the assertion that the landfills in the north and south of Bloemfontein are at the centre of a turf war between two well-known Free State gangs, namely ‘The Roma’ and the ‘Born to Kill’ gangs. He said the tension is based on the need for reclaimable materials. He says the municipality conducts operations with police from time to time to ensure the area remains safe, however, instances of violence at the sites tend to flare up again, irrespective of measures in place.

The OFM News team is yet to get a comment from the Mangaung metro regarding the latest from the local police on the incident. 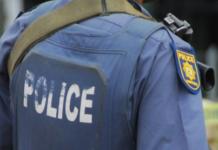