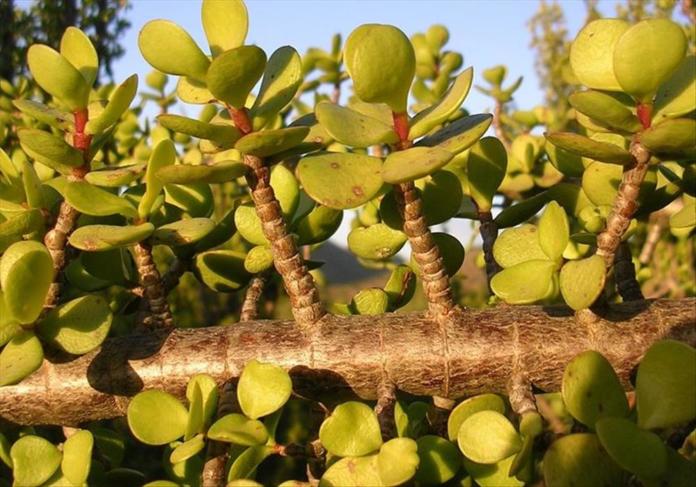 It’s been deemed the ‘wonder plant’, and South Africans are challenging each other to plant as many of these trees as possible. Commonly known as theSpekboom craze taking over SA’s gardens is a small-leaved succulent plant found in South Africa.

Elephant’s Foot (English) or Spekboom (Afrikaans), is a medium-sized shrub found predominantly in the Eastern Cape. It is resilient and has been deemed an important ‘weapon’ in the fight against climate change.

According to Wikipedia, these succulents commonly have a reddish stem and leaves that are green, but a variegated cultivar is also often seen in cultivation. They are simple to care for and make easy houseplants for a sunny location. In frost-free regions they may be used in outdoor landscaping.

This carbon sponge can sequester more than four tonnes of carbon dioxide per year per hectare planted, making it more effective than the Amazon rainforest at sucking carbon dioxide out of the atmosphere. The unassuming-looking bush with its round, succulent leaves is especially good at photosynthesis (making plant food from sunlight), which produces a byproduct we desperately need: oxygen.

Besides being one of the most effective plants at sequestering carbon dioxide from the atmosphere as it is able to use two of the three types of photosynthesis, while most other plants only use one, other benefits of growing this wonder plant include the fact that it’s easy to grow and can live for up to 200 years. The plant can grow up to between 2 and 5 metres tall, is edible and high in Vitamin C. The Spekboom is very resilient and can survive frost, drought, and fire.

Another great benefit is that you don’t need a green finger to grow the Spekboom tree. Indigenous to the Eastern Cape, it can grow anywhere where it gets sun. It doesn’t require formal planting; simply break off a piece and stick it into the ground and it should grow. It will benefit from some compost and fertilizer but doesn’t need it.

Plant enthusiasts state that the best time to plant and promulgate Spekboom is in spring through autumn. It has beautiful pink flowers when in bloom and can grow up to four to five metres tall.

Many are taking up the #spekboomchallenge, sharing their posts on social media and helping raise awareness about the wonderplant, from small plants in gardens to a farm in the Klein Karoo called Boplass, which plans to plant 1 million Spekboom.