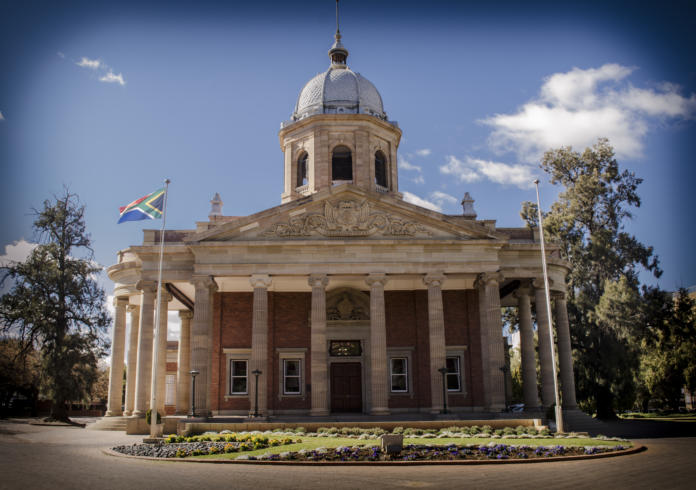 The Speaker of the Free State Legislature, Zanele Sifuba, has called for order and respect following the racially charged squabble between members this week regarding farmers.

Speaking just before the Health MEC Montsheng Tsiu’s tabling of her budget for the 2019/20 financial year, Sifuba acknowledged that members of the provincial legislature come from different affiliations and have certain beliefs, but pleaded with them to maintain order and respect in the House.

She further asked them to bear South Africa’s difficult history in mind, before launching verbal attacks against members in the legislature.

“We are all equal, our human dignity must be respected. It cannot be correct that we’ll make accusations and throw insults at one another, as much as we disagree, at all material times”.

The incident behind Sifuba’s plea dates back to the State of the Province Address (SOPA) debate on July 5, and centres on comments made by Member of the Provincial Legislature (MPL), Mojalefa Buti. The DA – Roy Jankielson in particular – alleges Buti’s comment about white farmers being racist, not only isolated the mentioned group of people from the rest of society but has the potential to incite genocide. Buti was later exonerated by the Speaker of the claims on Tuesday.

She referred to Hansard and quoted Buti, as saying “the lies by the FF Plus, that they are the custodians of the plight of dairy farmers is a pure lie. They only represent the agenda of white Afrikaner farmers who are racist”. The Speaker placed emphasis on the word “only” to explain that Buti didn’t mean all the farmers are racist.

She says the DA merely misinterpreted the statement and the member in question was not generalising. During the budget vote on Wednesday, Jankielsohn again referred to Buti’s statement, quoting him again. Sifuba has since referred the DA leader to the ethics committee, in reaction.