Data shows that South Africa’s unemployment rate has dropped to 25% in the labour force in the second quarter from 26.4% in the first three months of the year.

According to Manager in the Labour Statistics division at Stats South Africa, Desiree Manamela, from the household polls, this data is influenced by the movement individuals make in between quarters.

"Looking at the drop in unemployment people move around and have moved from being unemployed, from searching they stop searching for job,some decide to go back to school. Discouragement in the current quarter has increased by about 38 000. One thing we need to take to account is employment takes priority over unemployment and unemployment takes preference over in-activity, so a person according to questionnaire can not do both," she says.

Furthermore Manamela says the expanded definition of unemployment, which includes people who have stopped looking for work, also eased to 34.9% from just below 36%.

Manamela says the inactive category includes people who are retired, full time students or people who are not working because of illness or disability.

Experts cite that the lack of formal sector job gains will likely keep the labour market under significant pressure over the medium term with the mining and manufacturing as particular concerns. 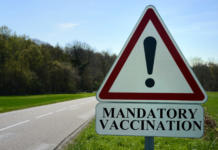