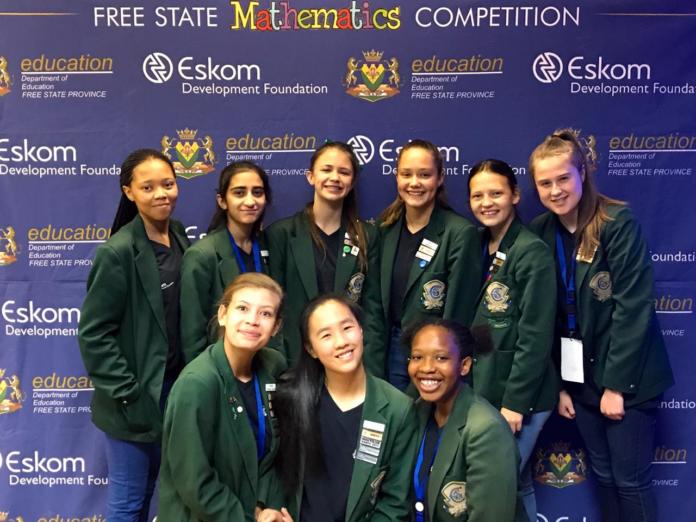 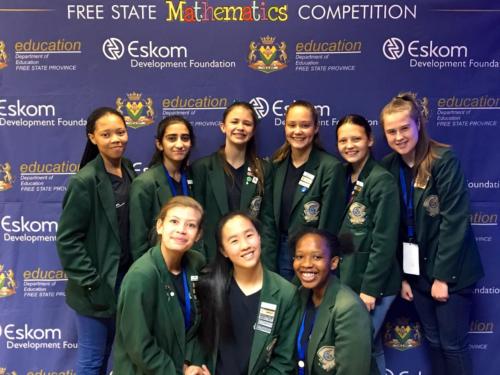 The Provincial Round of the Departmental Maths Competition comprises two sections: Quantiles 1 – 3 and Quantiles 4 and 5. Nine learners of Eunice High school were placed in the top 10 in the Free State in their respective age categories. At the back are from the left, Orefile Losabe (Grade 10 Top 10; Tasmiah Hoosain (Grade 10 Top 10); Cara Stevens (1st in Grade 8); Caitlin Rossouw (2nd in Grade 8); Cara Katzke (1st in Grade 9) and Lize Feirrera (2nd in Grade 9). Front: Alanis Alvarez Aranda (2nd in Grade 11); Grace Ho (1st in Grade 11) and Baraka Mutambala (Grade 11 Top 10). In a separate Mental and Maths 24 competition, also held on 12 Oct, Caitlin Rossouw (Gr 8) and Lize Ferreira (Gr 9) were the overall winners in their respective grades. 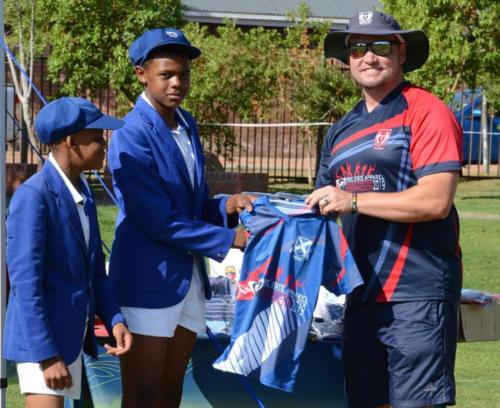 The Saint Andrew’s U13 A cricket team boys, who are playing in the Willem Postma Night League, were presented with the team’s kit earlier this week. Carlyle Hawkins received it on behalf of Saints from Nico Venter, the Head of Cricket at Willem Postma. 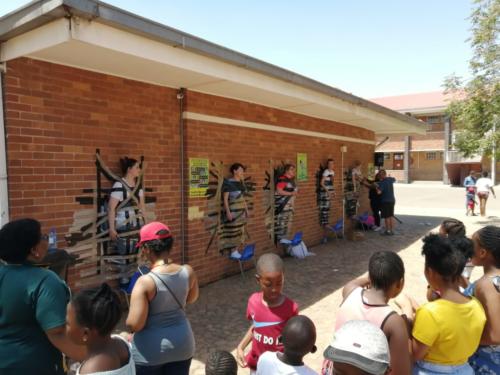 Wilgehof Primary School had their school basaar last weekend. The funfilled event was attended by pupils and parents who enjoyed five of the school’s teachers being taped against the wall in order to raise funds for new curtains for their school hall. 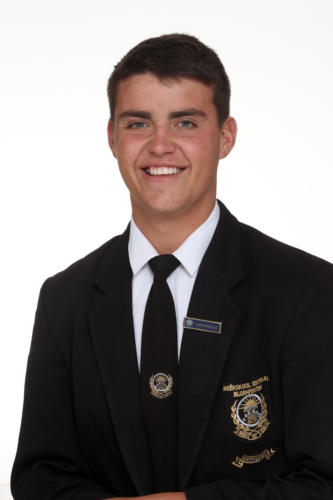