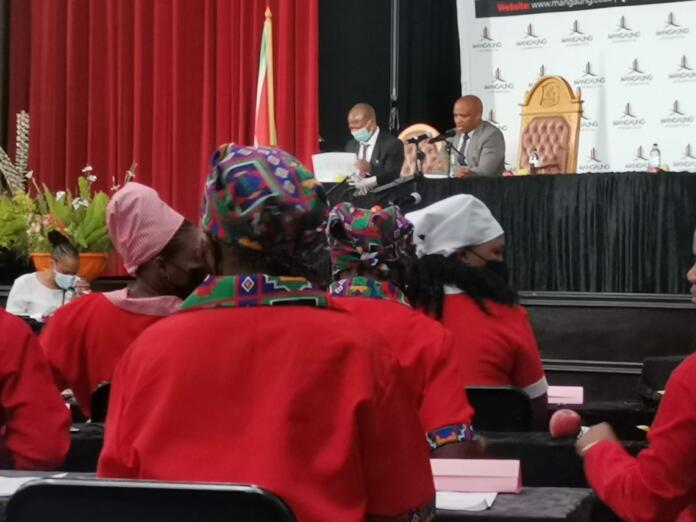 The elected mayor of the Bloemfontein-based Mangaung Metro has vowed to strengthen stakeholder relations with opposition parties and residents of the metro, who are at most disgruntled with the day-to-day running of the metro.

OFM News reports, giving his acceptance speech at the newly refurbished multi-million rand City Hall, Mxolisi Siyonzana says his administration will ensure that there is good governance and topical issues, such as water issues, amongst others, will be vigorously discussed. Siyonzana says they will not only deal with coalition matters but they will strive to form cooperation between all parties and work with everybody in council.

“There is going to be topical issues that we are going to deal with, some of those you raised here. You raised the issue of water. I think we need to discuss it as political parties and work together to improve the lives of our people. Each and everyone here has a constituency and I promise – and am making a pledge – we are going to work with all of you,” he adds.

This was his reaction to opposition parties’ warnings and advice that he must do away with party politics and focus on his mayoral mandate and take services to the people of the metro.

On Monday, all ANC candidates won against their rivals and also received at least three to five surplus votes from other political parties. The ANC received 51 seats during the local government elections which saw them retaining the metro with a margin of 50.63%.

In all of the contested positions, including that of the speaker, the mayor, and deputy mayor, the ANC received over 51 votes.